Researchers at the University of Oslo aimed to develop a LC-MS/MS-based proteomic analysis method of urinary exosomal proteins that has the potential to discover disease biomarkers. In short, urinary exosomes from healthy subjects were isolated by immunocapture on magnetic beads, detected by immunofluorescence and TEM, trypsin digested directly on the beads for an accelerated time with no addition of detergents before performing an LC-MS analysis of the trypsinate. To their knowledge, this is the first proteomic analysis of proteins displayed on the outer surface of exosomes. The outer exosome proteome may contain proteins that are of higher biomarker value compared to soluble cargo protein as the proteins projecting into the extracellular milieu might be more directly involved in physiological functions of exosomes. The proteomic analysis identified 49 proteins that were considered significant; the majority is involved in carbohydrate and lipid metabolism or in immune responses. Thirty of the proteins are linked to diseases. 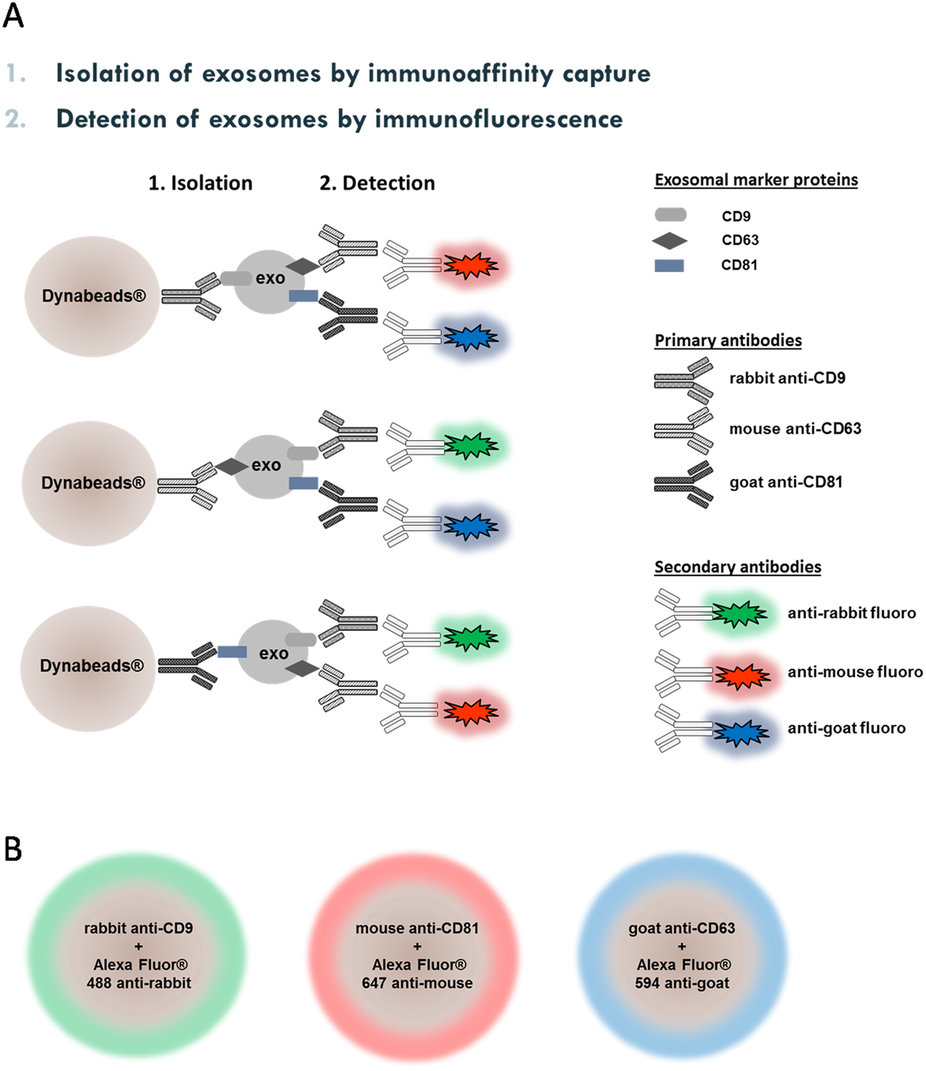 The developed proteomic method exploiting urinary exosomes might be of great value in search for diagnostic or prognostic biomarkers of especially metabolic and immune-related diseases.