Legionellosis or Legionnaires’ disease affected more than 1 800 people in France in 2019 and caused 160 deaths. This emerging disease is caused by Legionella pneumophila, an environmental bacterium that thrives in hot water systems. Researchers from the Institut Pasteur, the CNRS, the University of Paris have discovered a mechanism that allows Legionella pneumophila to target the immune response of the cells it infects by secreting a small regulatory RNA. This mechanism, not described before, facilitates the survival and proliferation of Legionella pneumophila during infection. The work provides precious information on the strategies used by bacteria to manipulate their host cells. This research has been published online on February 9 on the Nature Communications website. 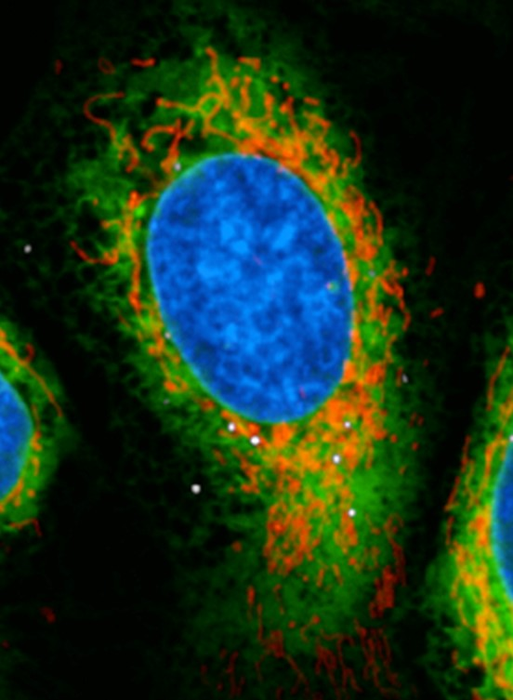 Intracellular pathogens adopt various strategies to circumvent immune defenses and proliferate inside the cells they infect. Legionella pneumophila has a large repository of effector proteins that mimic host cell functions and are used by the pathogen to manipulate host signaling pathways to the pathogens advantage.

The teams of Carmen Buchrieser, head of the unit Biology of the Intracellular Bacteria at the Institut Pasteur and associated to CNRS, in collaboration with Gregory Lavieu at the Université de Paris and associated to Inserm and CNRS, have discovered that Legionella pneumophila secretes extracellular vesicles into the host cell during infection in which it packs small, regulatory RNA molecules. These regulatory RNAs mimic eukaryotic regulatory RNAs called micro RNAs that already exist naturally in the host cell.

The researchers have discovered that these two bacterial RNAs, named RsmY and tRNA-Phe, function in the host cell in a microRNA-like manner. They downregulate RIG-I, a protein in the cell that detects foreign RNA molecules in order to initiate an immune response. The down regulation of the expression of RIG-I leads to a diminished host immune response and a better replication of Legionella pneumophila.

This work sheds new light on the diverse, sophisticated strategies employed by intracellular pathogens for survival and development during infection.