Guardant Health Inc. snagged nearly $100 million in funding from OrbiMed Advisors and others to aggressively expand its commercial and scientific work as competitors jump into the liquid biopsy market. 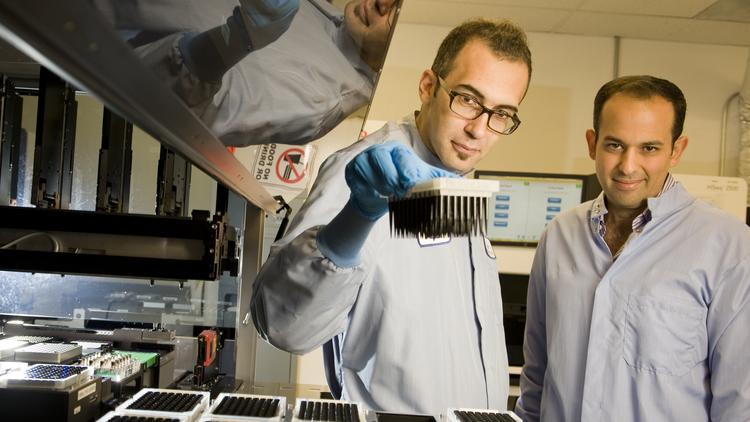 The money arrives as a handful of companies have said they are working on liquid biopsy products. The granddaddy of the molecular diagnostics world — Guardant’s Redwood City neighbor Genomic Health Inc. (NASDAQ: GHDX) — plans to introduce a liquid biopsy product in the first half of this year.

“It’s not easy to obtain the type of performance we do across all the classes of genomic alterations that need to be tracked in blood,” he said. “It gives you an idea of how difficult this is to get out there.”

Using a simple blood draw to collect DNA shed by tumors, liquid biopsies promise to identify cancers and the different pathways present in the same tumor while being less invasive than biopsies that take a snip of tissue. Liquid biopsies also are being pushed as a way to help doctors switch therapies as cancers morph.

But critics say the tests need to be fine-tuned to be more accurate and consistent.

Part of the cash raised by Guardant will go toward an ongoing effort by the company to build a body of clinical evidence that its test — and follow-on products — is worth the $5,0000 the company charges.

More evidence would allay concerns by insurers and other payers — at least theoretically — and accelerate the time it takes for Guardant to get paid.