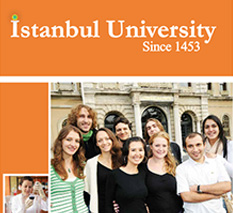 Long non-coding RNAs (lncRNAs) are involved in regulating chromatin modifications, gene transcription, mRNA translation, and protein function. Researchers from Istanbul University recently reported a high variation in the basal expression levels of a panel of lncRNAs in HeLa and MCF-7 cells and their differential response to DNA damage induction.

Here, they hypothesized that lncRNA molecules with different cellular expression may have a differential abundance in secreted exosomes, and their exosome levels would reflect cellular response to DNA damage. MALAT1, HOTAIR, lincRNA-p21, GAS5, TUG1, CCND1-ncRNA in exosomes secreted from cultured cells were characterized. A different expression pattern of lncRNAs in exosomes was seen compared to cells. RNA molecules with relative low expression levels (lincRNA-p21, HOTAIR, ncRNA-CCND1) were highly enriched in exosomes. TUG1 and GAS5 levels were moderately elevated in exosomes, whereas MALAT1-which was the most abundant molecule in cells-was present at levels comparable to its cellular levels. lincRNA-p21 and ncRNA-CCND1 were the main molecules; exosome levels of them best reflect the change of their cellular levels upon exposure of the cells to bleomycin-induced DNA damage. In conclusion, the researchers provide evidence that lncRNAs have a differential abundance in exosomes, indicating a selective loading.