With age, the form and function of our bones and muscles drop off, putting us as increased risk for frailty and falls.

Now researchers at the Medical College of Georgia at Augusta University are dissecting just what happens to the stem cells that make the tissues, which help keep us upright, with an eye on improving our healthspan.

Osteoporosis already is a major public health problem affecting about 44 million Americans and costing billions annually. The world’s older population is growing at an unprecedented rate with 8.5 percent of the worldwide population – 617 million people – age 65 and older, a proportion estimated to reach 17 percent by 2050, according to the National Institute on Aging.

“After age 65 you start losing about 1 percent of both muscle and bone per year,” said Dr. Carlos Isales, endocrinologist, Regents’ professor and vice chair for clinical affairs in the MCG Department of Neuroscience and Regenerative Medicine.

“Daily exercise decreases the slope of that decline. But what we are focusing on is trying to see if we can flatten the curve even further,” said Isales, principal investigator on a new $9.3 million Program Project grant from the National Institutes of Health.

Time seems to alter the dynamic between the mesenchymal stem cells making bone and muscle and the amino acids that fuel them. The MCG scientists also have evidence it changes the signals stem cells send each other.

The bottom line: Our stem cell population gets reduced and the cells we have become less efficient at making bone and muscle, often opting for the easier task of making fat instead, Isales said.

“We are looking at stem cells as a group and what is happening to them as we age,” Hill noted. “This includes a loss of direction so they aren’t as functional as they were before. The other thing we are looking at is their survival and their numbers.”

“We are trying to figure out why the changes are happening and if we can target those cells to make them want to make bone again,” McGee-Lawrence said.

Much as the function of bone and muscle is interwoven, so is their health and the factors that promote their loss or survival also are similar, said Hamrick.

A major culprit in their breakdown appears to be the metabolite kynurenine, a byproduct of the essential amino acid tryptophan. Tryptophan is among the nine amino acids our body can’t make and we must consume in foods like turkey and soybeans so we can perform essentials like making protein. The researchers also think the fuel sends signals to cells, ones that aging stem cells apparently don’t get.

The unhealthy metabolite is the result of a natural action called oxidation, which occurs anytime cells use oxygen. Particularly with age, the free radicals produced by oxidation can also damage cells. Kynurenine results when the enzyme, indoleamine 2,3 dioxygenase, or IDO, which a variety of tissues make to help moderate an immune response, oxidizes tryptophan. Over time, kynurenine piles up and appears to alter the dynamic of bone and muscle formation.

Again, somewhat ironically, the many functions of essential amino acids include working as antioxidants, so the researchers are putting together nutrient cocktails – minus tryptophan and with reduced protein content – that they hope can reverse age-related damage. Isales notes that they may find that other amino acids produce similar problems as tryptophan in the aged environment.

So they also are taking more direct approaches like whether an IDO inhibitor – which is already in clinical trials as a cancer fighter – can reverse changes and get stem cells to regain more youthful function.

In an effort to begin to see if what they have seen in laboratory mice holds up in humans, they are trying both approaches in human stem cells retrieved during the process of a knee or hip replacement by colleagues in the MCG Department of Orthopaedic Surgery.

They have laboratory evidence that in mice at least, high kynurenine levels impact the ability of cells in the bone marrow to make bone-forming cells called osteoblasts. In fact, even relatively young mice fed kynurenine experience bone loss, an increase in bone destruction by cells called osteoclasts and increased fat in their bone marrow. Conversely, mice with IDO knocked out maintain strong bone mass.

The team also has evidence that part of how age-related increases in kynurenine does damage is by altering microRNAs – small but powerful pieces of RNA that can control expression of hundreds of genes at the same time – as well as vesicles called exosomes that are hauling the microRNAs around. Stem cells secrete exosomes as one way to communicate, and apparently aging stem cells don’t communicate well with each other.

They have laboratory evidence that aging alters at least two microRNAs, miR-141 and miR-183, which prompts cells to make bone-eating instead of bone-forming cells. Again, they have shown that even young stem cells exposed to older exosomes will assume this bone-reducing stance. But they also have some evidence that some of the dietary interventions Isales is looking at could reverse the ill effects.

The team recently reported in the journal Tissue Engineering that exosomes from old and younger mice were similar in size and number and both had a lot of miRNAs. But aged exosomes had significantly and specifically more mi183, an miRNA already associated with cancer. In this case, high mi183 appears to decrease cell proliferation and the ability of immature cells to become bone cells and to support the general deterioration that comes with age, called senescence. Age-related increases of reactive oxygen species and oxidative stress help increase mi183 levels and these undesirable results. When researchers treat mesenchymal stem cells from young animals with exosomes from old mice, is suppresses formation of muscle-making genes; giving mi183 directly to bone and muscle producing cells makes them start acting old. Now they want to know more about how aging changes the secretion and cargo of exosomes by mesynchymal stem cells and how that in turn contributes to bone and muscle loss. 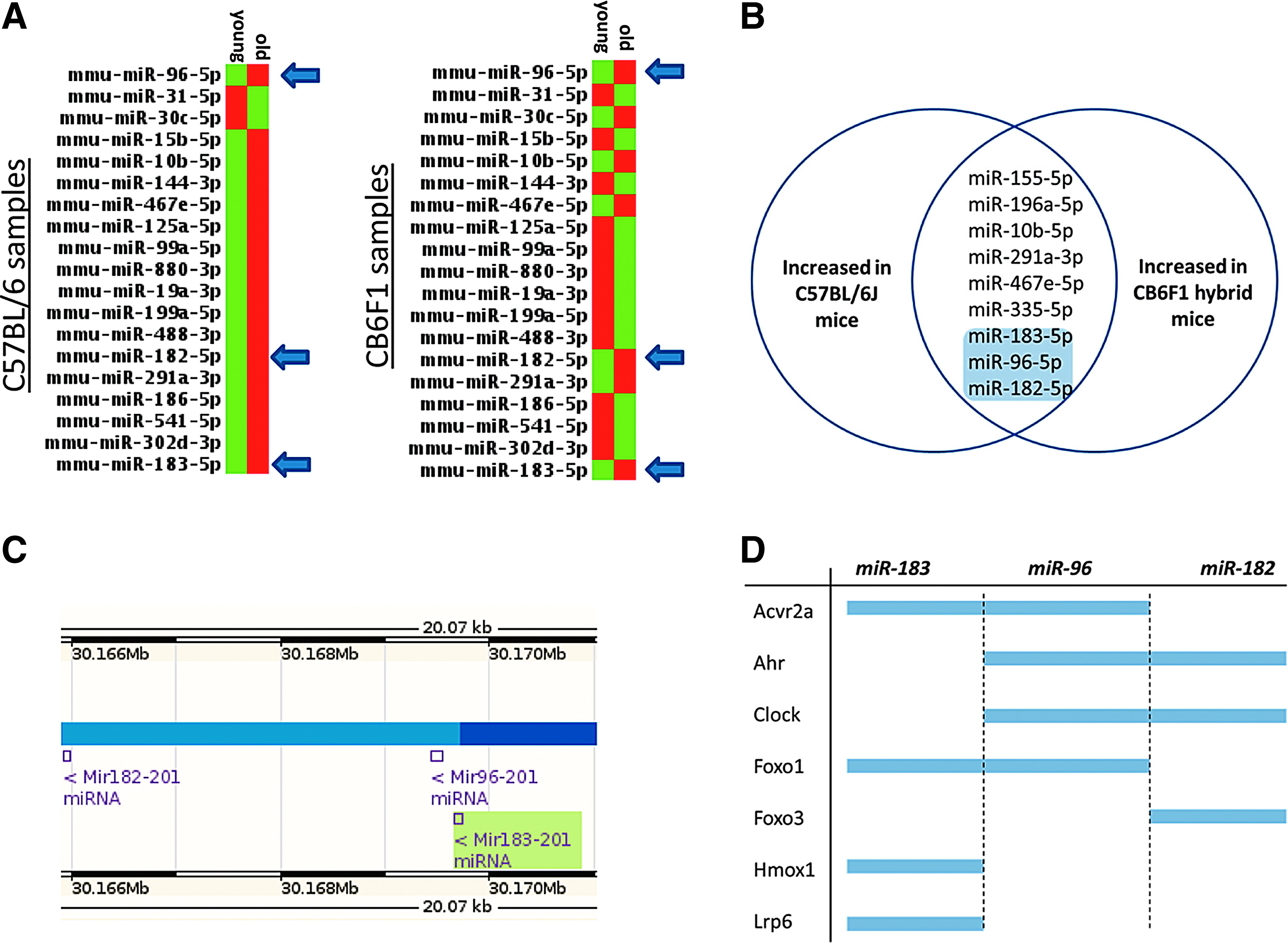 A third project, led by Hill, will focus on the cargo, the miRNAs, to learn more about exactly how they impact bone formation and turnover. “We think that the amino acids are controlling the expression of specific sets of microRNA,” Hill said. That means they may want to target and even eliminate key or critical microRNAs, which could obviously affect expression of numerous genes as a result.

They also are exploring aging’s impact on stromal cell derived factor 1, or SDF-1, which is critical to helping keep stem cells in the bone marrow and focused on making bone. Age-related changes appear to make SDF-1 instead encourage stem cells to wander. The researchers note that while these cells do often need to leave the bone marrow, to say help heal an injury, these age-related travels are random and often cells don’t find their way back. A consistent goal is identifying intervention targets.

“The idea is if we can change the environment and change how they are signaling to themselves and to other cells, we can modify the stem cell directly that way,” Hill said.

They are looking upstream as well for earlier points of intervention, including what is happening to histone deacetylase-3, or HDAC3. They have evidence that HDAC3, another pervasive regulator in the body that can turn gene expression up or down, is important in stem cells’ age-related propensity to make fat instead of bone.

At least one reason is that reduced HDAC3 means less bone, which literally makes more room for fat, said McGee-Lawrence, who is leading these studies. Her previous studies have shown that when HDAC3 is deleted from the skeleton, bones are weaker, much like what occurs with aging.

Now they have evidence that mice treated with kynurenine, for example, have suppressed HDAC3 expression in the bone. They want to know more about just how HDAC3 gets suppressed as we age and exactly what that does to bone formation and fat storage besides just making room. The new grant is allowing them to put the pieces together better, looking further at just what suppresses HDAC3 and what suppression does to bone versus fat formation. The bottom line again is identifying early points of intervention and potentially nutrients to intervene.

“Something in the microenvironment of the bone is causing the cells, instead of wanting to make bone, they are storing a lot of fat,” McGee-Lawrence said. “Some of these epigenetic factors, like HDAC3, some of the environmental factors like changes in the amino acids are causing the cells to dysfunction. We are hoping to figure out what that signal is and how to reverse it and to make those cells want to start making bone again.”

Identical twin studies have shown that environmental factors definitely play a role, since the bone/muscle health of these twins often is not identical even though their genes are, Isales said. Rather than changing the genes themselves, environmental factors appear to have changed their expression: which ones are turned or on off. These epigenetic changes include factors from diet to stress to sleep patterns to age.

There are 20 amino acids, which are essential to protein production and a variety of other functions from giving cells structure to helping organs functions. Kyrurenine also is associated with the degeneration of our brain and immune system as we age. Mesynchymal stem cells also produce blood, cartilage and fat cells.