Exosomes are small vesicles that derive from endosomes and are delivered by many cells, including tumor cells that are a particular rich source of exosomes. Exosomes are suggested to be the most potent intercellular communicators. Being recovered in all body fluids, they can communicate with neighboring as well as distant cells. The latter was first described for dendritic cell exosomes that can initiate T cell activation. However, tumor exosomes (TEX) may impede this crosstalk. Besides with hematopoietic cells, TEX communicate with the tumor cell itself, but also with host stroma cells and endothelial cells. This crosstalk received much attention as there is strong evidence that TEX account for angiogenesis and premetastatic niche formation, which may proceed directly via binding and uptake of TEX by cells in the premetastatic organ or indirectly via TEX being taken up by hematopoietic progenitors in the bone marrow (BM), which mature toward lineages with immunosuppressive features or are forced toward premature release from the BM and homing into premetastatic organs. Knowing these deleterious activities of TEX, it becomes demanding to search for modes of therapeutic interference. The authors introduce their hypothesis that metastasis formation may be hampered by tailored exosomes that outsmart TEX. The essential prerequisites are an in depth knowledge on TEX binding, uptake, binding-initiated signal transduction and uptake-promoted target cell reprogramming. 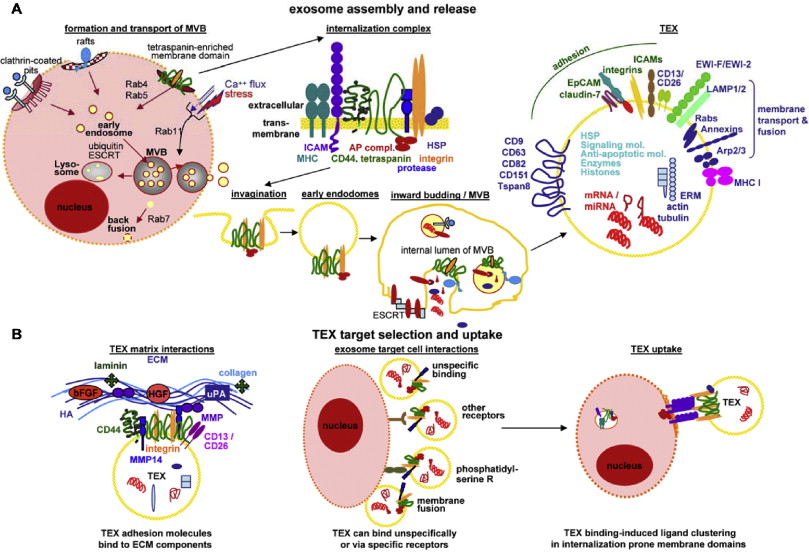