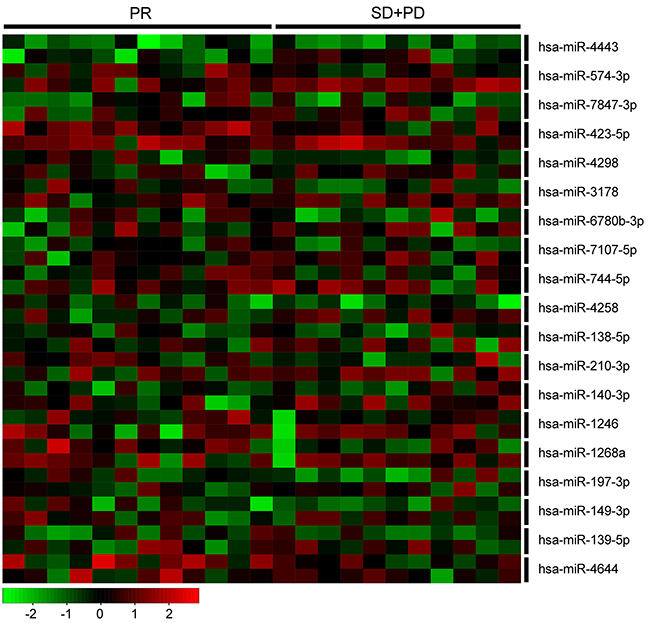 The result showed that most miRNAs in exosomes had a lower expression level than that in cells, however, some miRNAs expressed higher in exosomes than in cells, suggesting a number of miRNAs is concentrated in exosomes. Among the dysregulated miRNAs, 22 miRNAs were consistently up-regulated in exosomes and their cells of origin. The researchers further found that 12 of the 22 miRNAs were significantly up-regulated after preneoadjuvant chemotherapy. Further study of the role of these 12 miRNAs in acquisition of drug resistance is needed to clarify their contribution to chemoresistance.