miRandola 2017 – a curated knowledge base of non-invasive biomarkers

A team led by researchers at the University of Copenhagen has created miRandola, a database of extracellular non-coding RNAs (ncRNAs) that was initially published in 2012, foreseeing the relevance of ncRNAs as non-invasive biomarkers. An increasing amount of experimental evidence shows that ncRNAs are frequently dysregulated in diseases. Further, ncRNAs have been discovered in different extracellular forms, such as exosomes, which circulate in human body fluids. Thus, miRandola 2017 is an effort to update and collect the accumulating information on extracellular ncRNAs that is spread across scientific publications and different databases. Data are manually curated from 314 articles that describe miRNAs, long non-coding RNAs and circular RNAs. Fourteen organisms are now included in the database, and associations of ncRNAs with 25 drugs, 47 sample types and 197 diseases. miRandola also classifies extracellular RNAs based on their extracellular form: Argonaute2 protein, exosome, microvesicle, microparticle, membrane vesicle, high density lipoprotein and circulating. We also implemented a new web interface to improve the user experience. 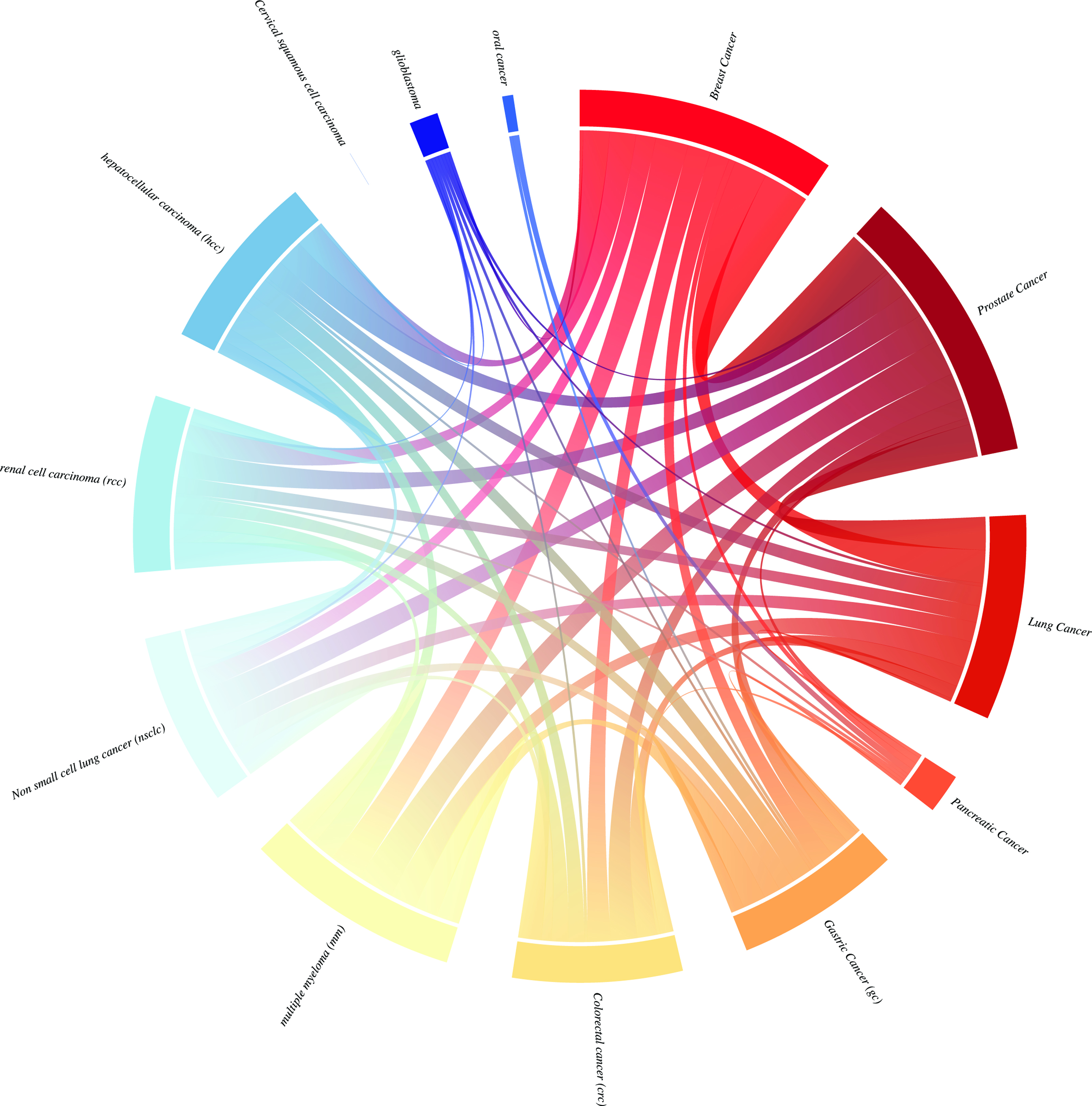 Circos plot of the most representative tumor types in the database. The plot shows how many RNAs are shared by different tumors.

Availability – miRandola is available at: http://mirandola.iit.cnr.it/ 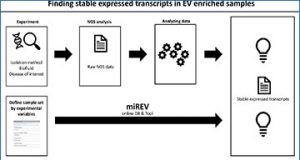 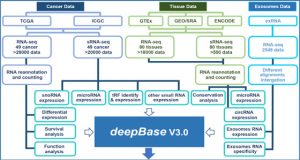 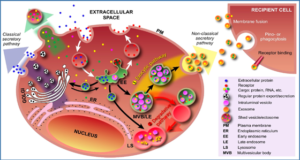 Vesiclepedia 2019 – a compendium of RNA, proteins, lipids and metabolites in extracellular vesicles 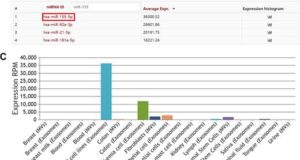 EVmiRNA – a database of miRNA profiling in extracellular vesicles 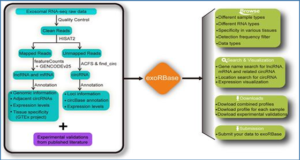 exoRBase – a database of circRNA, lncRNA and mRNA in human blood exosomes 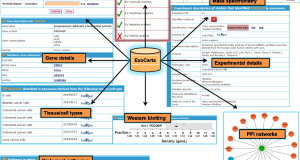