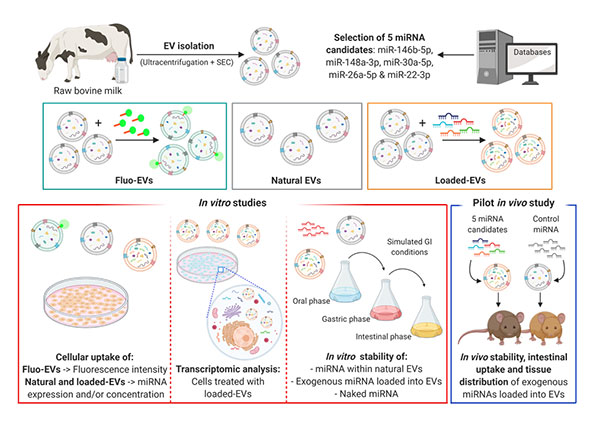 Milk EVs protect miRNAs from degradation and facilitate cellular uptake. miRNA concentration in EVs from bovine milk might be insufficient to produce gene modulation. Nevertheless, sizable amounts of exogenous miRNAs may be loaded into EVs, and orally delivered EV-loaded miRNAs can reach tissues in vivo, increasing the possibility of exerting biological effects. Further investigation is justified as this could have an impact in the field of nutrition and health (i.e., infant formulas elaboration).