MD Anderson launched “Moon Shots” in 2012 with the aim of speeding up the movement of basic discoveries from the laboratory to the actual cancer patient. This year, six new cancers have been chosen to receive the extra funding and high-tech assistance.

“In academia, we’re very good at discovering, but we’re less good at doing,” he said.

Many intermediate steps – known as “translational research” – are required to move promising ideas out of the laboratory and into clinical trials. They are frequently tedious and costly.

“The kinds of things that we’re doing, there are no grants we that can apply for,” DePinho explained. “There really is this blind spot with respect to funding.”

The “Moon Shots” program aims to fill that gap. Since the launch in 2012, MD Anderson has raised almost $300 million for the program. Eight cancers received initial grants. 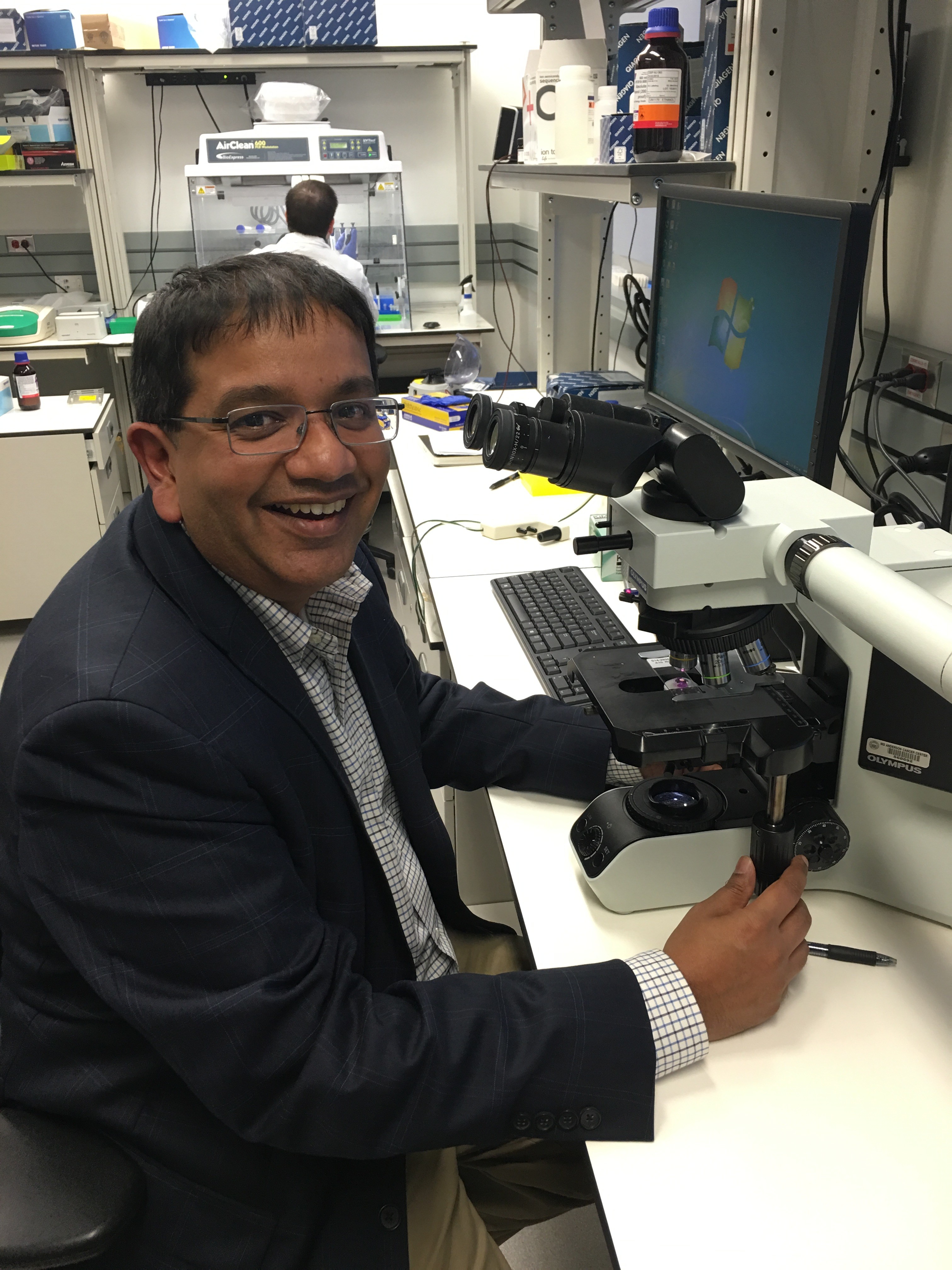 Dr. Anirban Maitra runs the pancreatic lab at MD Anderson. He said the support from Moon Shots is wonderful, because although pancreatic cancer is the most deadly cancer, it’s also pretty rare compared to lung or breast cancers.

“It allows us to really think of out-of–the-box ideas,” Maitra said. “Take chances on things that you wouldn’t normally do.”

One of those ideas is to block a mutant gene, Kras, found in more than 90 percent of pancreatic cancers. But to block that gene will require using exosomes, nanoparticles secreted by cells. Maitra believes exosomes could become a new kind of “biological delivery system.”

Those manufacturing tests are an example of the translational research that Moon Shots was created to support, Maitra said.

“That’s the kind of stuff that is very hard for the NIH to fund because it’s not discovery or hypothesis-based science,” he said. “But it’s the stuff you need to do, if you want to not stop at the paper but actually take this to patients.”