Liquid biopsy has become a useful alternative in metastatic colorectal cancer (mCRC) patients when tissue biopsy of metastatic sites is not feasible. In this study researchers at the Catholic University of Sacred Heart aimed to investigate the clinical utility of circulating exosomes DNA in the management of mCRC patients. Exosomes level and KRAS mutational status in exosomal DNA was assesed in 70 mCRC patients and 29 CRC primary tumor and were analysed at different disease steps evaluating serial blood samples (240 blood samples). There was a significant correlation between the extension of disease and exosomes level and the resection of primary localized tumor was correlated with a decrease of KRAS G12V/ D copies and fractional abundance in metastatic disease. CEA expression and liver metastasis correlated with a higher number of KRAS G12V/D copies/ml and a higher fractional abundance; in the subgroup of mCRC patients eligible for surgery, the size of tumor and the radiological response were related to exosomes level but only the size was related to the number of KRAS WT copies; both KRAS wild-type and mutated levels were identified as a prognostic factor related to OS. Finally, the researchers found that 91% of mutated mCRC patients became wild type after the first line chemotherapy but this status reverted in mutated one at progression in 80% of cases. In a prospective cohort of mCRC patients, they show how longitudinal monitoring using exosome-based liquid biopsy provides clinical information relevant to therapeutic stratification. 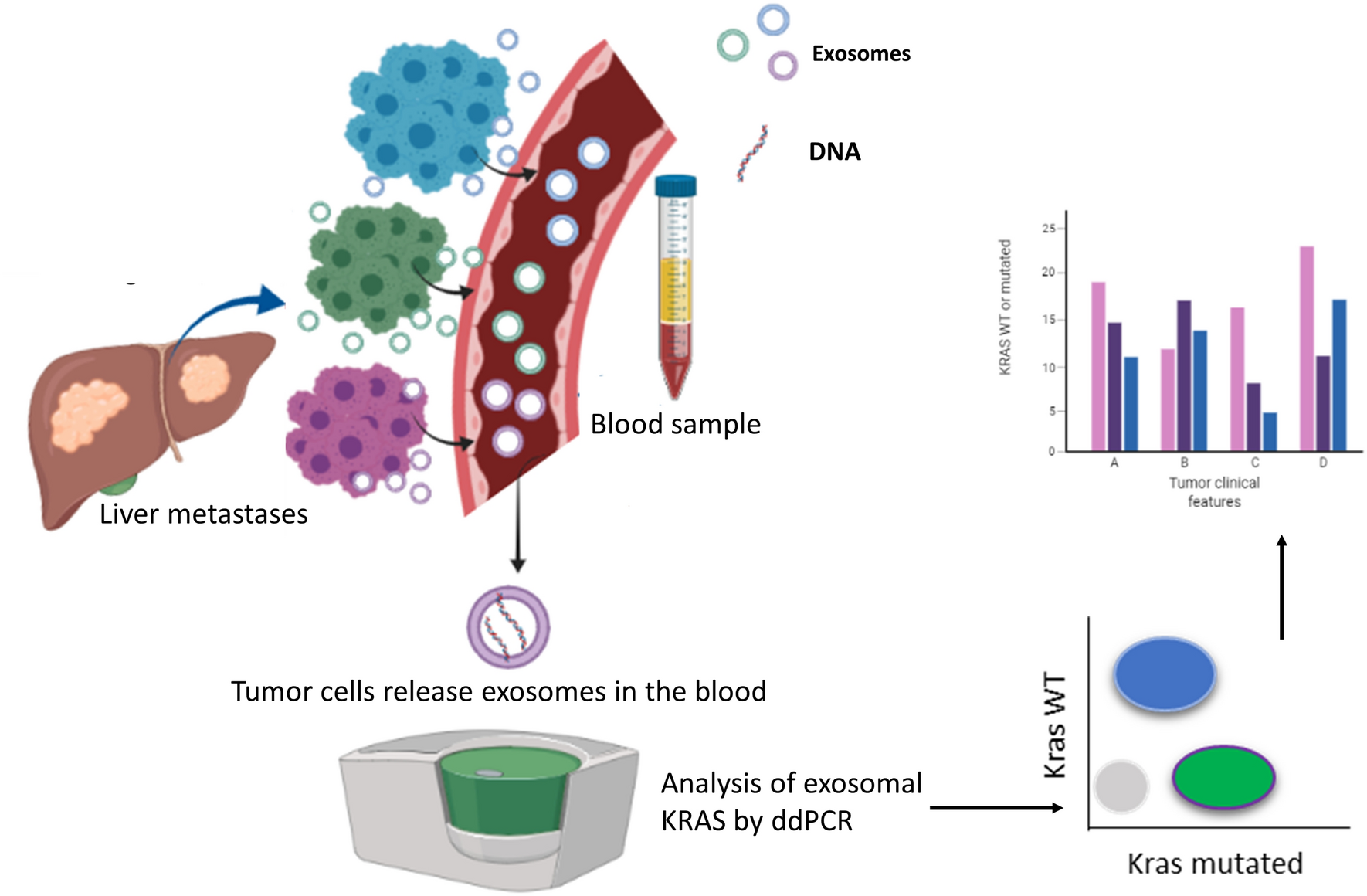