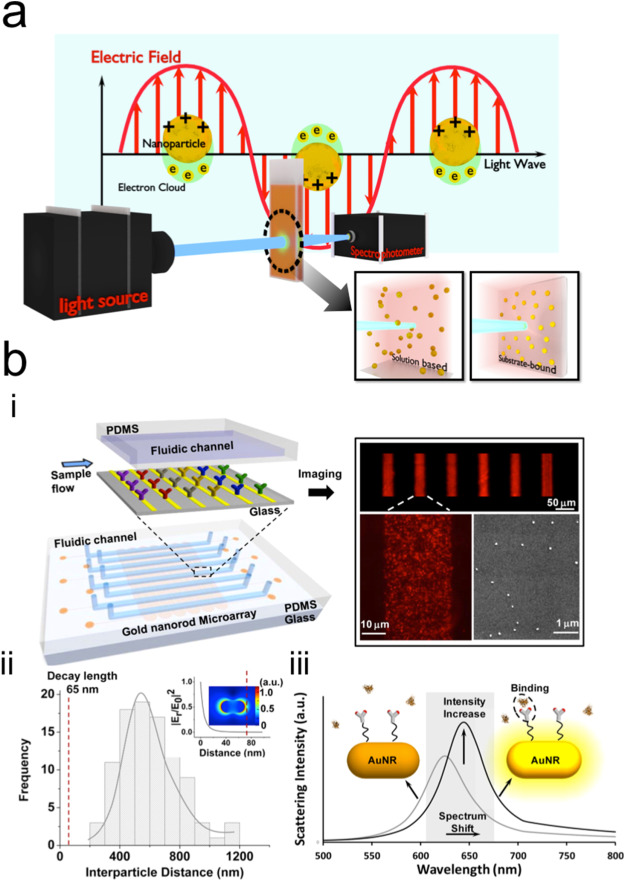 (a) A simplified schematic of a localized surface plasmon resonance (LSPR) sensor setup in transmission mode. The background illustration shows a non-propagating collective oscillation of free electrons in the conduction band of the metallic LSPR transducer upon interaction with light. (b) An example of a LSPR microarray chip. The nanorod microarray fabrication was performed using a one-step microfluidic patterning technique assisted by electrostatic attractive interactions between the nanorods and the substrate surface within microfluidic channels. Subsequently, these nanorode microarrays were integrated in a microfluidic chip with eight parallel microfluidic detection channels consisting of inlet and outlet ports for reagent loading and washing. Specific antibodies were conjugated to the patterned AuNR microarrays using thiolated cross-linker and EDC/NHC chemistry.