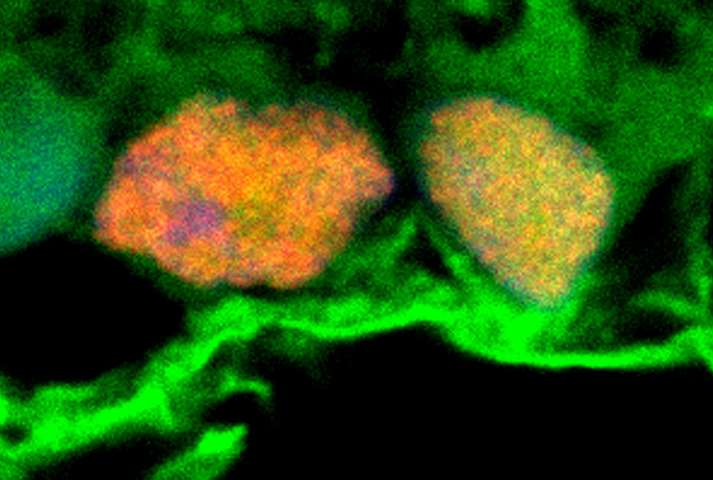 A new study in rats shows that stem cell secretions, called exosomes, appear to protect cells in the retina, the light-sensitive tissue in the back of the eye. The findings, published in Stem Cells Translational Medicine, point to potential therapies for glaucoma, a leading cause of blindness in the United States. The study was conducted by researchers at the National Eye Institute (NEI), part of the National Institutes of Health.

Exosomes are tiny membrane-enclosed packages that form inside of cells before getting expelled. Long thought of as part of a cellular disposal system, scientists have more recently discovered that exosomes are packed with proteins, lipids and gene-regulating RNA. Studies have shown that exosomes from one cell can be taken up by another by fusing with the target cell’s membrane, spurring it to make new proteins. Exosomes also facilitate cell-to-cell interactions and play a signaling role, prompting research into their potential therapeutic effect.

Stem cells have been the focus of therapeutic attempts to replace or repair tissues because of their ability to morph into any type of cell in the body. However, from a practical standpoint, using exosomes isolated from stem cells presents some key advantages over transplanting whole stem cells.

“Exosomes can be purified, stored and precisely dosed in ways that stem cells cannot,” Mead said.

Another important advantage of exosomes is they lack the risks associated with transplanting live stem cells into the eye, which can potentially lead to complications such as immune rejection and unwanted cell growth.

The researchers determined that the protective effects of exosomes are mediated by microRNA, molecules that interfere with or silence gene expression. Further research is needed to understand more about the specific contents of the exosomes, said Stanislav Tomarev, Ph.D., a principal investigator at NEI and the study’s coauthor.

“We need to know which particular microRNA – there are more than 2000 different microRNA molecules – are delivered into the retinal ganglion cells and what proteins or signaling pathways are being targeted upon arrival,” said Tomarev. “We also need to attempt to target exosomes to specific sets of neurons and other cell types or groups of cells.”

Finally, the most optimal exosome approach needs to be identified, Tomarev added. It may be that the best approach would be to combine exosomes with additional therapies. From a treatment feasibility standpoint, a lot will depend on how frequently exosomes need to be administered to achieve a therapeutic effect.