New discovery for how the brain ‘tangles’ in Alzheimer’s Disease

University of Queensland researchers have discovered a new ‘seeding’ process in brain cells that could be a cause of dementia and Alzheimer’s disease.

“These leaks create a damaging seeding process that causes tau tangles and ultimately lead to memory loss and other impairments,” Professor Götz said.

Professor Götz said until now researchers did not understand how tau seeds were able to escape after their uptake into healthy cells.

“In people with Alzheimer’s disease, it seems the tiny sacs transporting messages within or outside the cells, called exosomes, trigger a reaction which punches holes in the wall of their own cell membrane and allows the toxic seeds to escape,” he said.

“As more tau builds up in the brain, it eventually forms tangles, and together with abnormally configured proteins known as amyloid plaque, they form the key features of these neurological diseases.” 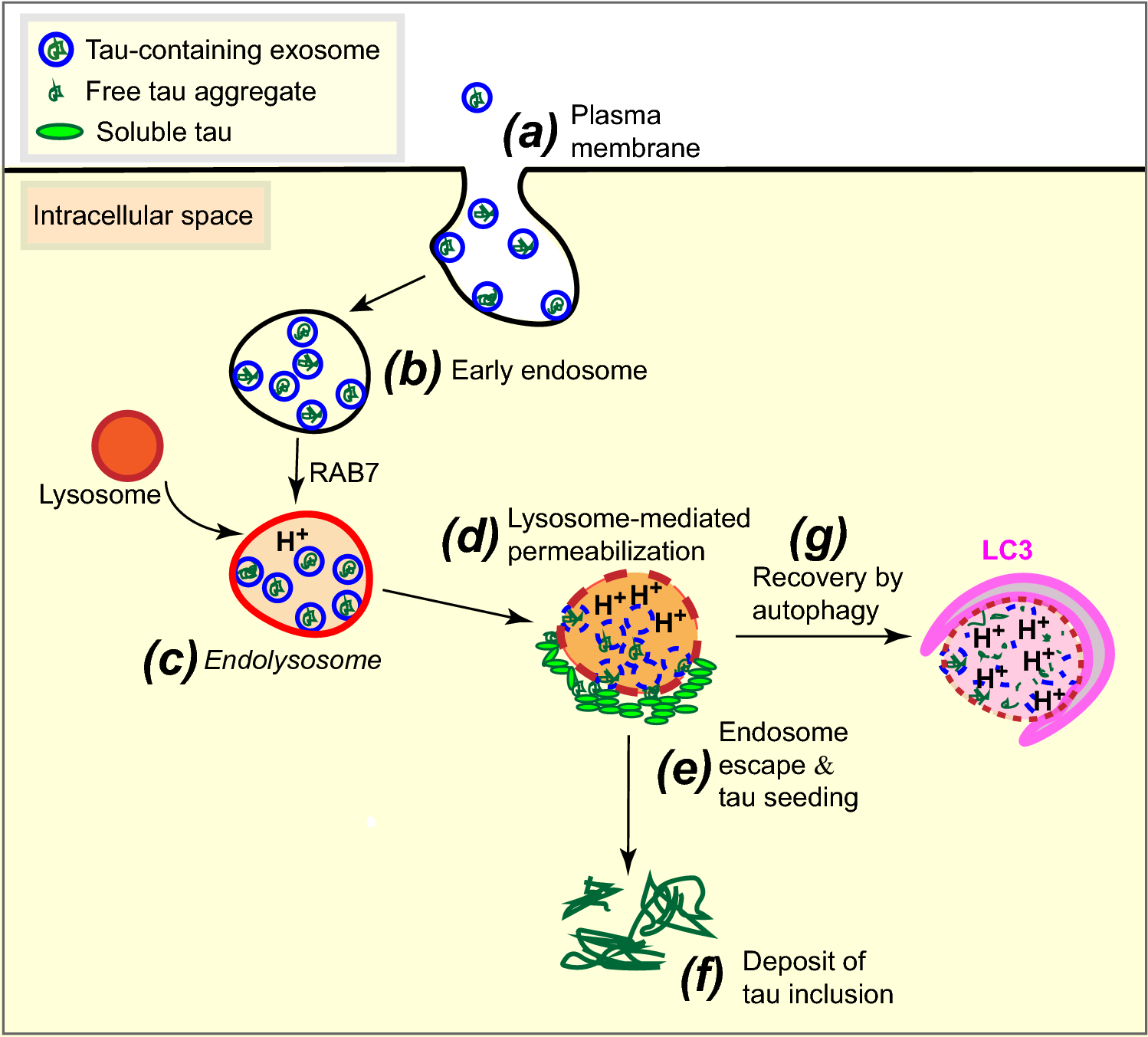 a Exosomes (whether they contain tau seeds or not) enter cells by docking at the plasma membrane followed by endocytosis. b The internalized exosomes are contained within early endosomes. c RAB7-mediated tethering between endosomes and lysosomes facilitates fusion which leads to endolysosomes, with progressive increase in acidification. d Because lysosomal enzymes are active at low pH, exosomal degradation is being initiated but this process is lengthy as exosomes are resistant to this process (possibly because they originated in a low pH milieu), and in this process, exosomal and endosomal membranes become permeabilized. e Thereby, tau seeds can escape and interact with cytosolic soluble tau which they induce to aggregate. f As a consequence, large tau inclusions are being formed. g The permeabilized endolysosomes are recovered by the formation of LC3-positive autophagosomes

“The more we understand the underlying mechanisms, the easier it will be to interfere with the process and to slow down or even halt the disease,” Dr Polanco said.

“Along with Alzheimer’s, this cellular process might also play a leading role in other cognitive diseases, from frontal lobe dementia to rare neurological disorders with toxic tau.

“Even in cancer research, there is emerging evidence showing these exosomes can load unique messages that reflect the condition of tumours and enables them to replicate and spread cancer more quickly through the body.

“Improving our understanding of how Alzheimer’s and other diseases spread through exosomes will allow us to create new ways to treat and intervene in these cellular processes in the future.”

Professor Götz directs research at QBI’s Clem Jones Centre for Ageing Dementia Research. A team in his research group, led by Dr Polanco, is looking at the role of exosomes and cell dysfunction as a risk factor in neurodegenerative diseases.