Researchers at Case Western Reserve University’s School of Dental Medicine, who lead the study, published their results in Nature Communications, highlighting how T-cells move, multiply and invade other cells in HIV-infected patients.

“The cells in question release exosomes into the blood stream—think small nanoparticles—that don’t cause cancer, but they support it,” said Ge Jin, associate professor of biological sciences at the School of Dental Medicine and the study’s author and principal investigator. “In other words, the cancer grows faster and more aggressively in patients with HIV.”

Compared with the general population, people infected with HIV are:

“There are big implications here,” Jin said. In addition to being linked to an increased risk of cancer, HIV-infected patients are more likely to die of other type of cancer, including lung cancer and cancer in the head and neck, than uninfected people with the same cancers. 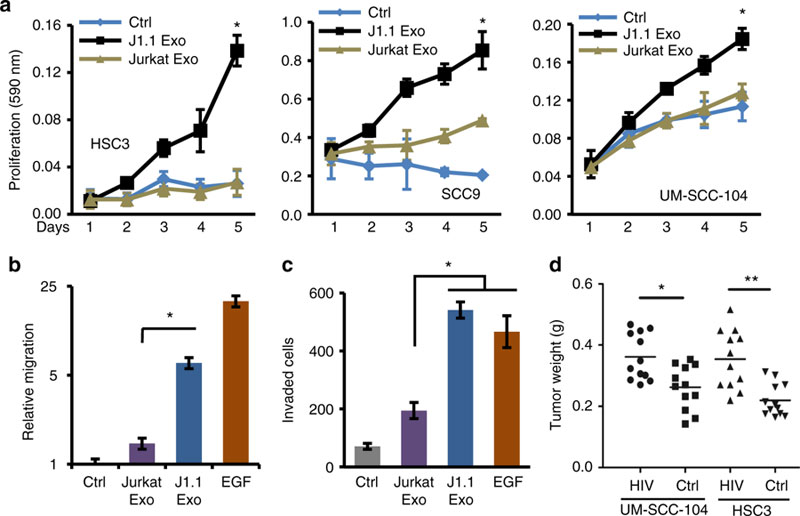 Researchers studied more aggressive cells in head and neck cancer cases related to 18 HIV-infected patients—12 of them from Cleveland. In a nutshell, exosomes played a big role in altering the growth and spread of cancer cells in the patients studied, Jin said.

“They assist in a way we hadn’t—until now—been able to understand,” he added.