New Therapy for MS on Horizon?

In the key experiment, intranasal administration of the exosomes to rats boosted fluoromyelin staining intensity, a measure of myelin content in nerve tissue, by about 50-fold (P<0.001) after 3 days compared with animals treated with a placebo nasal spray, said Richard Kraig, MD, PhD, of the University of Chicago.

Other measures of myelin generation were also increased with the exosome treatment, he said at a press conference held prior to a formal presentation at the Society for Neuroscience’s annual meeting.

However, considerably more animal research needs to be conducted before an exosome-based therapy for MS could be tested clinically, Kraig said. He estimated that the approach could be ready for a phase I trial in 2018.

Effective treatments for primary and secondary progressive MS are widely thought to require remyelination of damaged neurons; such treatments do not currently exist and are the chief unmet meed in MS.

A type of brain cells called oligodendrocytes are capable of replacing lost myelin in neurons, but they grow less active with aging and, without some kind of artificial enhancement, are ineffective countering the effects of progressive MS.

Kraig and colleagues have focused on exosomes as one way to boost oligodendrocyte activity. These are small vesicles containing a cocktail of proteins, messenger RNA, and microRNA species, which are released from many different cell types.

Exosomes are non-antigenic and nontoxic, making them a safe vehicle for delivering therapeutic molecules, Kraig said. They also cross the blood-brain barrier readily, allowing them to be delivered systemically.

For the current study, the researchers generated exosomes from marrow-derived dendritic cells exposed to interferon-gamma. These exosomes were especially rich in a microRNA molecule called miR-219. Experiments suggested that miR-219 had anti-inflammatory and antioxidant properties. Kraig said he believed that miR-219 was the key ingredient responsible for the beneficial effects in the subsequent studies; it was much less prominent in exosomes released from unstimulated dendritic cells.

The exosomes also increased oxidative tolerance in this model, boosting production of glutathione after administration of the oxidant molecule menadione.

Intranasal administration to live rats led not only to dramatically increased fluoromyelin staining, but also to increased immunostaining of myelin basic protein (a myelin precursor) by 40% relative to placebo (P=0.011), and to a similar increase in concentrations of myelin in the brain cortex after sacrifice (P=0.019).

Kraig said future steps in the research would include developing exosomes containing only selected microRNA species. He also said his group 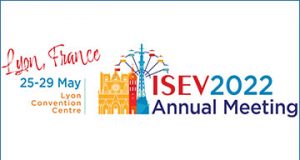