The National Institutes of Biomedical Innovation, Health and Nutrition (hereinafter NIBIOHN) based in Ibaraki-shi, Osaka Prefecture, has successfully catalogued more than 4,000 proteins contained in exosomes in healthy human blood (serum and plasma). Using this catalogue, NIBIOHN has identified tissue-specific exosome marker candidates from blood that will lead to the development of highly accurate next-generation biomarkers.

Blood contains a mixture of exosomes secreted from nearly all tissues and cells, and exosomes from other tissues can mask changes caused by disease, making it difficult to detect the presence of biomarkers that reflect disease. This problem is more pronounced in the early stages of disease and hinders the development of early diagnostic markers. If exosomes derived from the tissue of interest could be purified, it would be possible to observe changes in exosomes secreted from the site of disease with a high degree of accuracy, even in the early stages of the disease.

Researchers at NIBIOHN purified exosomes from serum and plasma samples from healthy subjects, and successfully compiled a catalogue of proteins in blood exosomes on a scale of over 4,000 proteins by quantitative proteomic analysis. Furthermore, by combining this catalogue with information from a public database that defines tissue-specific proteins (Human Protein Atlas), they found that a number of tissue-specific proteins are also contained in blood exosomes. 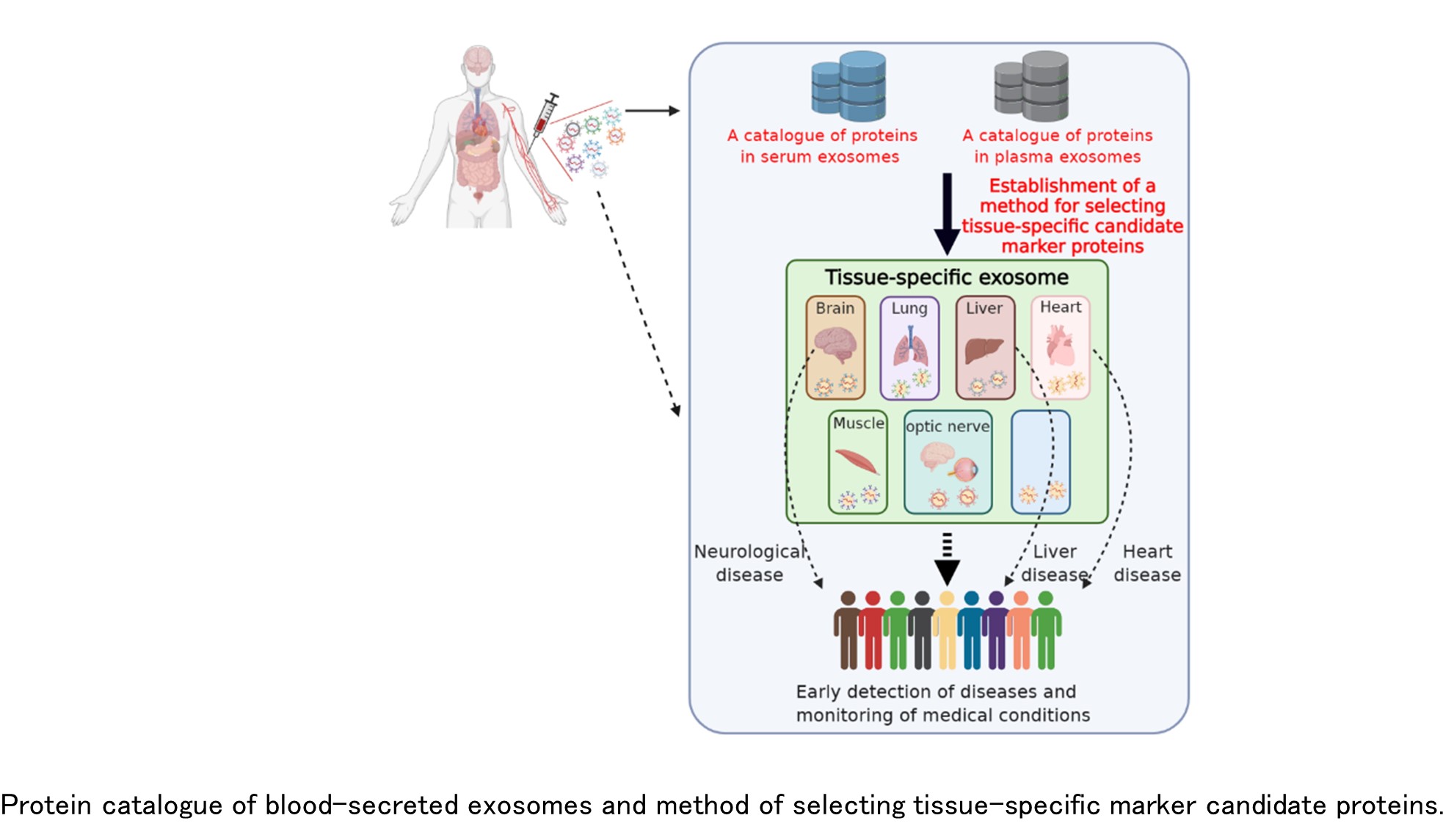 For example, a group of brain tissue-specific proteins were identified in exosomes and these proteins were found to show similar patterns of variation between individuals by co-regulation analysis. Network analysis has revealed a number of proteins that have been reported to be associated with neurodegenerative diseases, including amyloid precursor protein (APP), microtubule-associated protein tau (MAPT), presenilin 1 and huntingtin (HTT), suggesting that each of these proteins interact with each other and are present in exosomes. Therefore, if a technology to purify brain-derived exosomes is established in the future, it is expected to be applied as a new brain-monitoring technology to diagnose and monitor the pathology of neurodegenerative diseases such as Alzheimer’s disease, progressive supranuclear palsy and Huntington’s disease.