Oxford spinout EvOx Therapeutics will harness the body’s own precision communications system to deliver drugs to specific parts of the body, with the aim of treating conditions which are currently untreatable including those affecting the brain, as well as autoimmune diseases and cancers.

EvOx has raised £10m in seed funding from investment company Oxford Sciences Innovation to move the technology through pre-clinical and early clinical trials.

The Oxford team has been led by Professor Matthew Wood, a Professor of Neuroscience at Oxford and Dr Samir El Andaloussi, Research Fellow at Oxford and Assistant Professor at Sweden’s Karolinska Institutet. They found that by using the body’s own mini-transporters – tiny circular nanostructures which shuttle materials between cells – they are able to smuggle drug therapies into the brain, targeting new treatments to the correct tissues.

The mini-transporters are called exosomes. They are completely natural, made in the millions by the body’s cells to communicate and carry molecules between cells.

“Getting drugs into the brain is one of the major roadblocks which stops us treating a huge number of diseases including Alzheimers and many cancers,” said Professor Wood. “Over 98 per cent of current drug treatments do not cross the blood brain barrier, which is there as a protective mechanism, but also stymies the delivery of many treatments.

“What we are able to do is customise these exosomes to carry a therapeutic payload such as a protein or RNA drug, and to target this to particular tissues – including tissues in the brain.”

“In doing this successfully, we should be able to improve the effectives of new medicines as well as limit their side-effects. Exosome therapies could be transformative for diseases involving neurodegeneration, dementia, and inflammation in the brain. Rather than injecting a drug directly into the brain, we could administer treatments intravenously or as a pill.

“We also believe this approach will be a turning point for delivery of next-generation RNA therapeutics and gene editing technologies.”

Dr Adam Stoten, Head of Technology Transfer – Life Sciences at Isis Innovation, said: “Exosomes can be targeted to many tissues in the body, and EvOx will look to apply the technology to many different diseases, working in partnership with biotech and pharma companies to do this.” 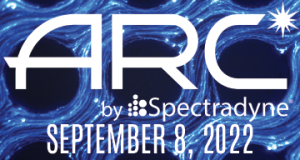 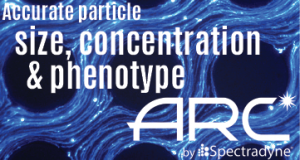