In this study, the authors show that the secretory products of the rodentgastrointestinal parasite Heligmosomoides polygyrus contain small RNAs — mostly nematode microRNAs (miRNAs) and the nematode homologues of Y RNAs (which have been implicated in DNA replication in humans) — that are encapsulated by exosome-like vesicles. In mouse airways, these nematode-derived exosomes suppressed type 2 innate immune responses, and they were internalized by mouse epithelial cells in vitro. Cells that have taken up the miRNA-containing vesicles exhibited changes in gene expression levels. Notably, using a reporter assay, the authors showed that three secreted nematode miRNAs could potentially downregulate the expression of the phosphatase Dusp1. As Dusp1 was previously implicated in decreased susceptibility to H. polygyrus, reducing Dusp1 levels could promote parasite survival. 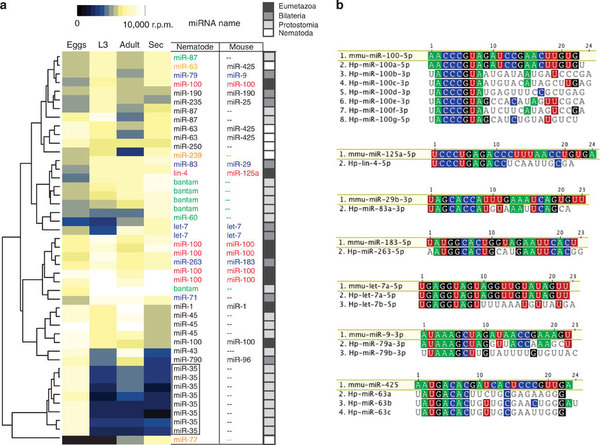 The role of exosomes in the immune microenvironment of ovarian cancer