In mammalian systems RNA can move between cells via vesicles. Here, researchers from the University of Edinburgh demonstrate that the gastrointestinal nematode Heligmosomoides polygyrus, which infects mice, secretes vesicles containing microRNAs (miRNAs) and Y RNAs as well as a nematode Argonaute protein. These vesicles are of intestinal origin and are enriched for homologues of mammalian exosome proteins. Administration of the nematode exosomes to mice suppresses Type 2 innate responses and eosinophilia induced by the allergen Alternaria. Microarray analysis of mouse cells incubated with nematode exosomes in vitro identifies Il33r and Dusp1 as suppressed genes, and Dusp1 can be repressed by nematode miRNAs based on a reporter assay. The researchers further identify miRNAs from the filarial nematode Litomosoides sigmodontis in the serum of infected mice, suggesting that miRNA secretion into host tissues is conserved among parasitic nematodes. These results reveal exosomes as another mechanism by which helminths manipulate their hosts and provide a mechanistic framework for RNA transfer between animal species. 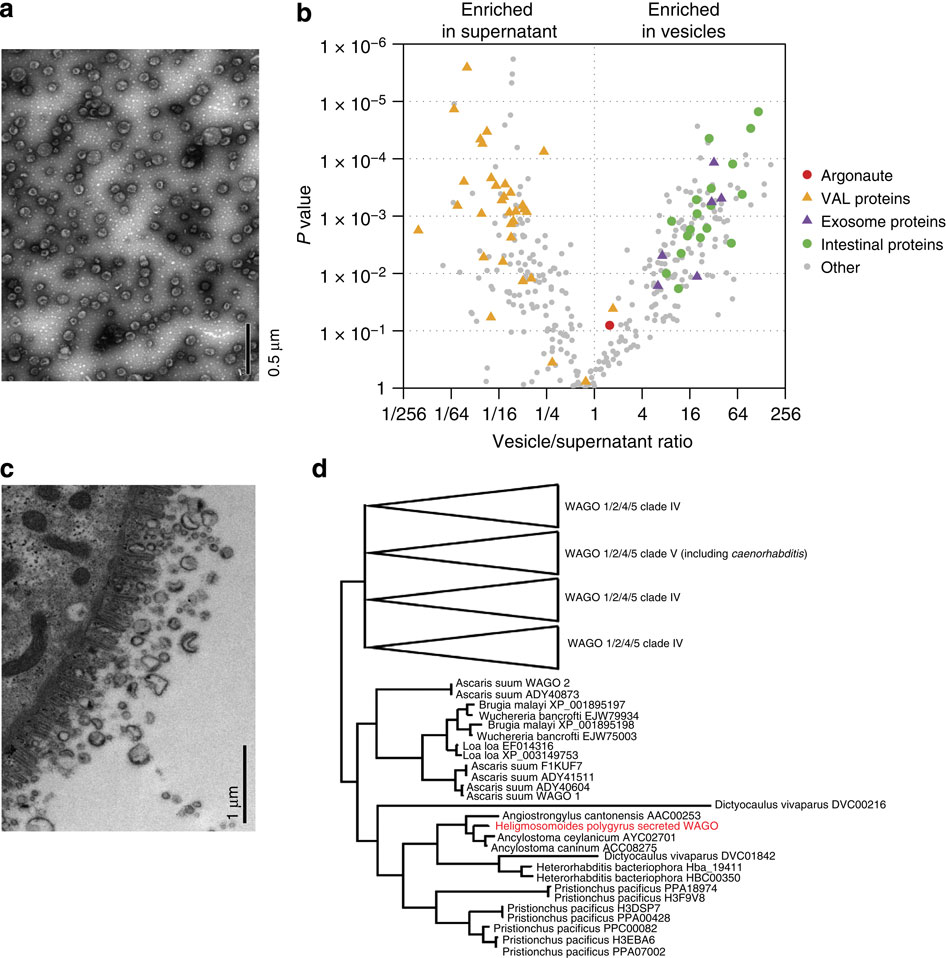