Quantitation of exosomes and their microRNA cargos in frozen human milk

Researchers at the University of Nebraska-Lincoln assessed feasibility of analyzing exosomes and microRNA cargos in frozen human milk as a prerequisite for epidemiological studies of milk exosomes. They collected milk from 5 mother-preterm infant dyads at 3 time points during postnatal hospital care for storage at −80 °C. They purified the exosomes by ultracentrifugation, probed marker proteins using immunoblots, assessed size and counts with a nanoparticle tracker, and quantified 3 microRNAs with quantitative PCR. Positive exosome marker proteins were detectable; β-casein was the only detectable contaminant. Exosome count and size trended to decrease from early to late samples (count, 2.3 × 109 ± 3.8 × 109 to 5.6 × 108 ± 9.7 × 108 exosomes/mL; size, 117 ± 25 to 92 ± 16 nm). Two microRNAs were detectable in early samples only; cycle threshold values equaled 28.7 ± 0.7 for miR-30d-5p and miR-125a-5p; miR-423-5p was not detectable. The researchers conclude that the analysis of exosomes and quantification of microRNAs is feasible in human milk previously stored at −80 °C. 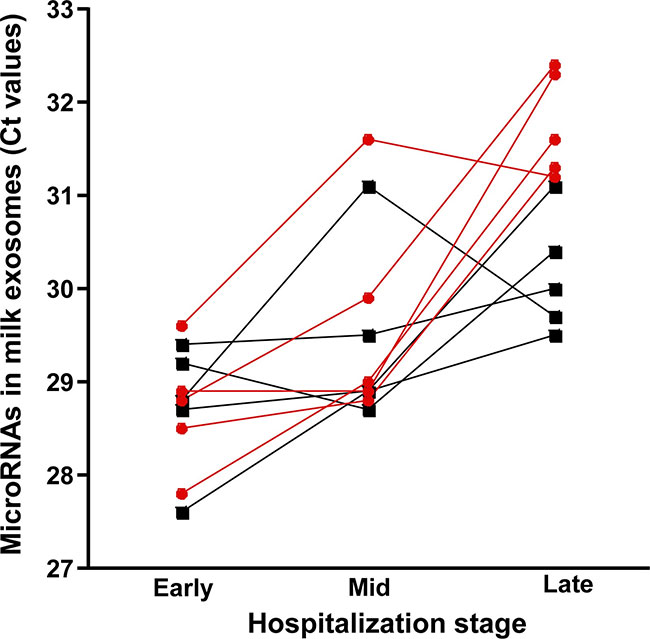