Radiation alters the cargo of exosomes released from cancer cells 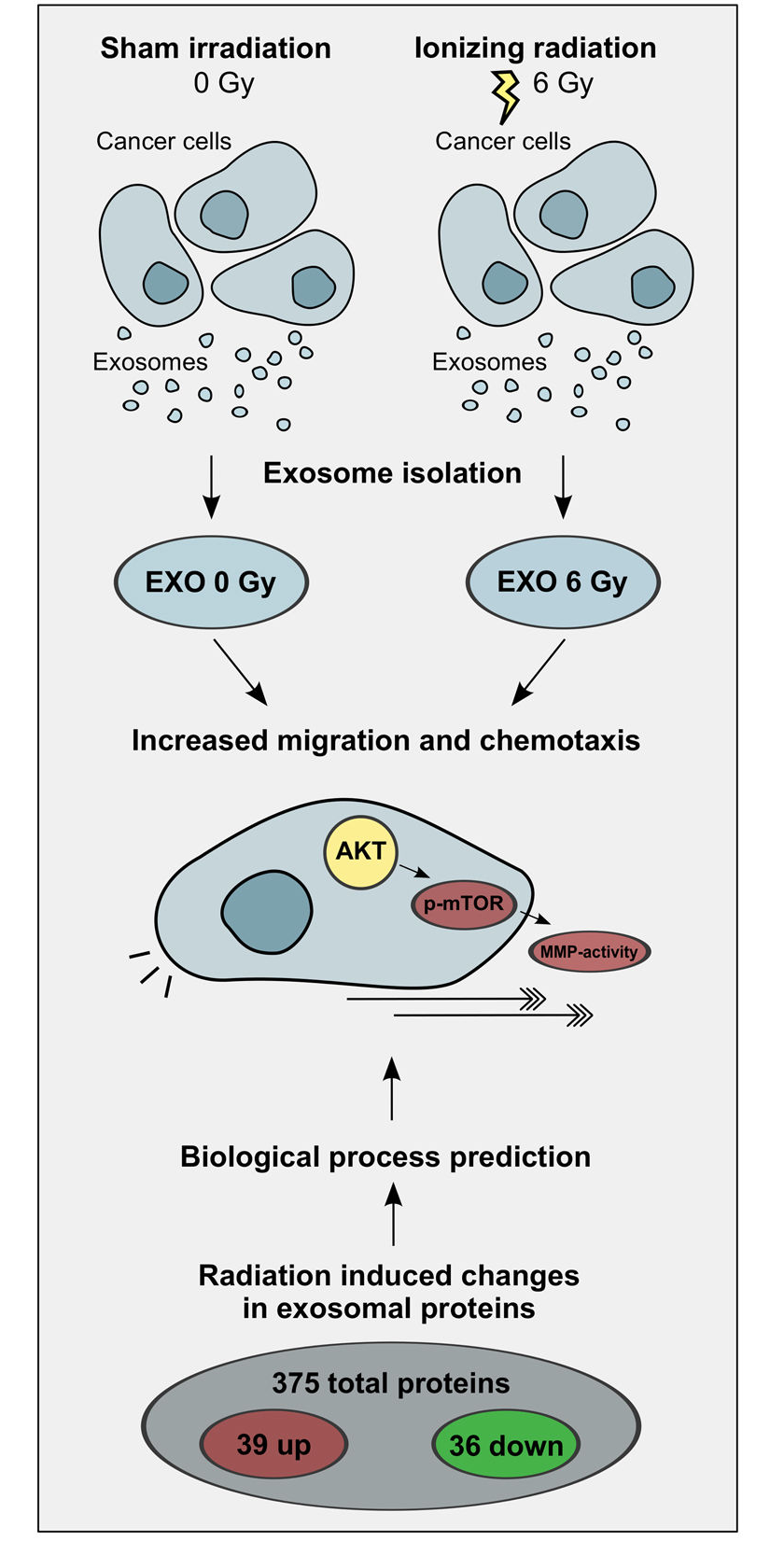 Together, these findings demonstrate that exosomes derived from irradiated HNSCC cells confer a migratory phenotype to recipient cancer cells. This is possibly due to radiation-regulated exosomal proteins that increase AKT-signalling. The research team concludes that exosomes may act as driver of HNSCC progression during radiotherapy and are therefore attractive targets to improve radiation therapy strategies