Breast cancer (BC) is the most common cancer type and the second cause of cancer-related death among women. Therefore, better understanding of breast cancer tumor biology and the identification of novel biomarkers is essential for the early diagnosis and for better disease stratification and management choices.

Here, researchers from King Saud University, Saudi Arabia have developed a novel approach which relies on the isolation of circulating microRNAs through an enrichment step using speed-vacuum concentration which resulted in 5-fold increase in microRNA abundance. Global miRNA microarray expression profiling performed on individual samples from 23 BC and 9 normals identified 18 up-regulated miRNAs in BC patients (p(corr) < 0.05). Nine miRNAs were subsequently validated using qRT-PCR in a cohort of 46 BC and 14 controls. The expression of those microRNAs was overall higher in patients with stage I, II, and III, compared to stage IV, with potential utilization for early detection. The expression of this microRNA panel was slightly higher in the HER2 and TN compared to patients with luminal subtype.

Heatmap depicting the expression of 18 circulating miRNAs in patients with
breast cancer (BC) compared to normal healthy controls. 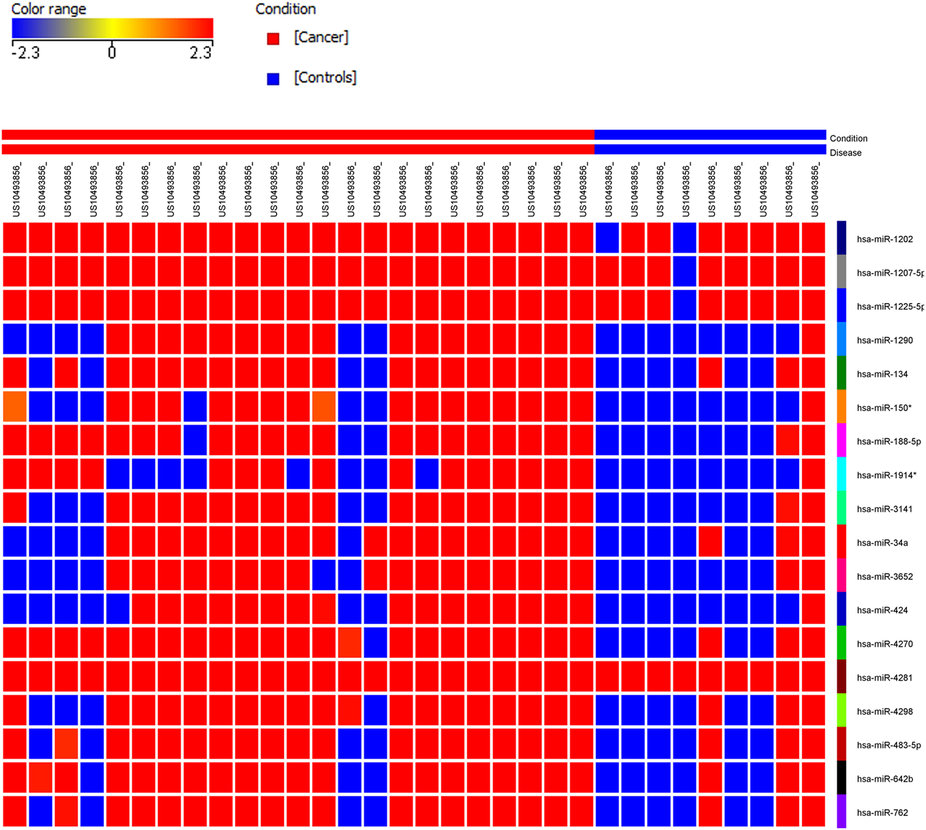 Heatmap of individual plasma samples of 9 control and 23 patients with BC. The miRNA expression levels exhibited ≥2.0 fold changes and p ≤ 0.05 are presented. Each column represents an individual sample and each row represents a single miRNA. Expression level of each miRNA in a single sample is depicted according to the color scale.