Researchers Investigate the Utility of Liquid Biopsy for Cancer Diagnosis

Use of circulating tumour DNA (ctDNA) as a liquid biopsy has been proposed for potential identification and monitoring of solid tumours. Researchers from the Wellcome Trust Centre for Human Genetics investigate a next-generation sequencing approach for mutation detection in ctDNA in two related studies using a targeted panel. The first study was retrospective, using blood samples taken from melanoma patients at diverse timepoints before or after treatment, aiming to evaluate correlation between mutations identified in biopsy and ctDNA, and to acquire a first impression of influencing factors. The researchers found good concordance between ctDNA and tumour mutations of melanoma patients when blood samples were collected within one year of biopsy or before treatment. In contrast, when ctDNA was sequenced after targeted treatment in melanoma, mutations were no longer found in 9 out of 10 patients, suggesting the method might be useful for detecting treatment response. Building on these findings, they focused the second study on ctDNA obtained before biopsy in lung patients, i.e. when a tentative diagnosis of lung cancer had been made, but no treatment had started. The main objective of this prospective study was to evaluate use of ctDNA in diagnosis, investigating the concordance of biopsy and ctDNA-derived mutation detection. Here the researchers also found positive correlation between diagnostic lung biopsy results and pre-biopsy ctDNA sequencing, providing support for using ctDNA as a cost-effective, non-invasive solution when the tumour is inaccessible or when biopsy poses significant risk to the patient. 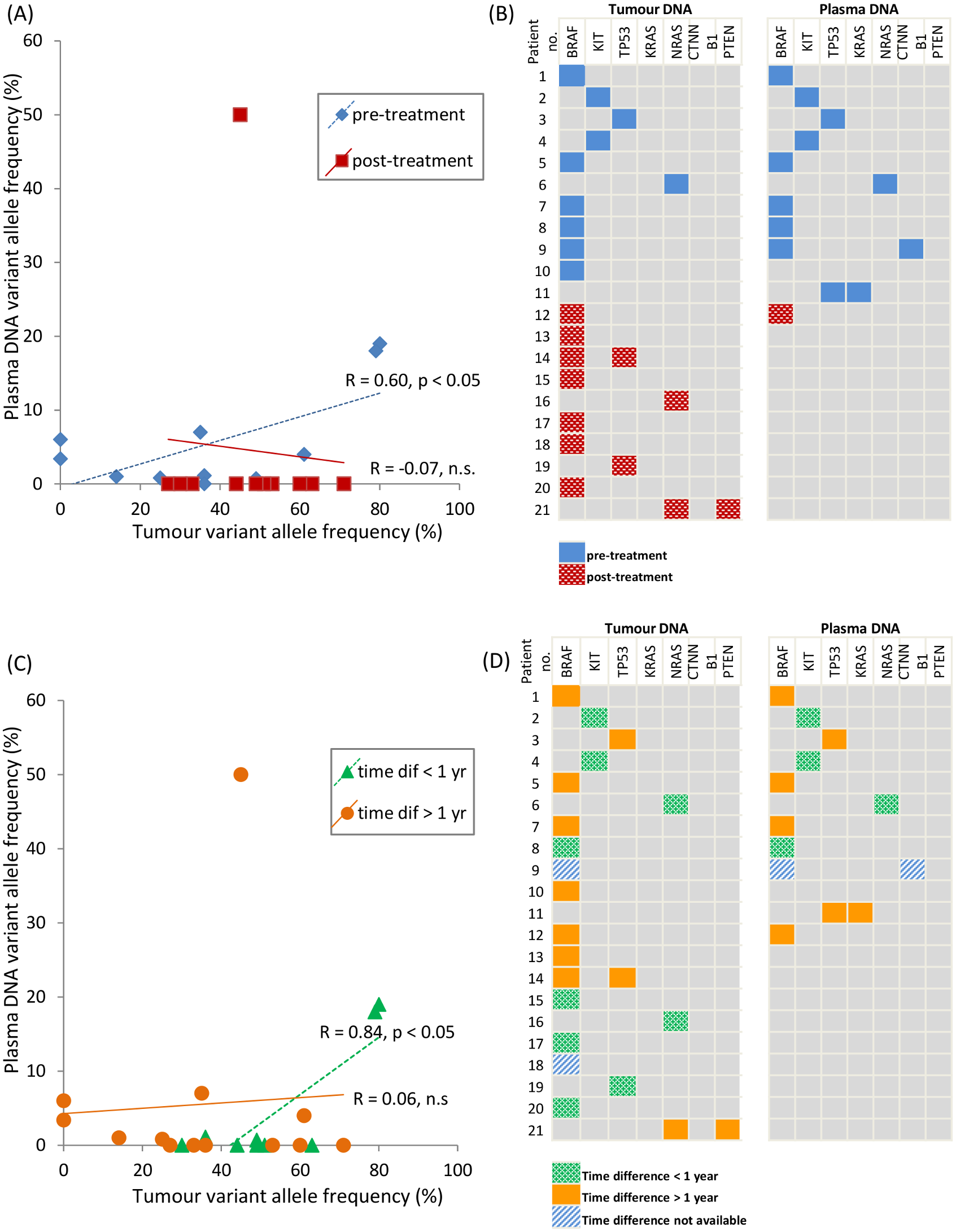