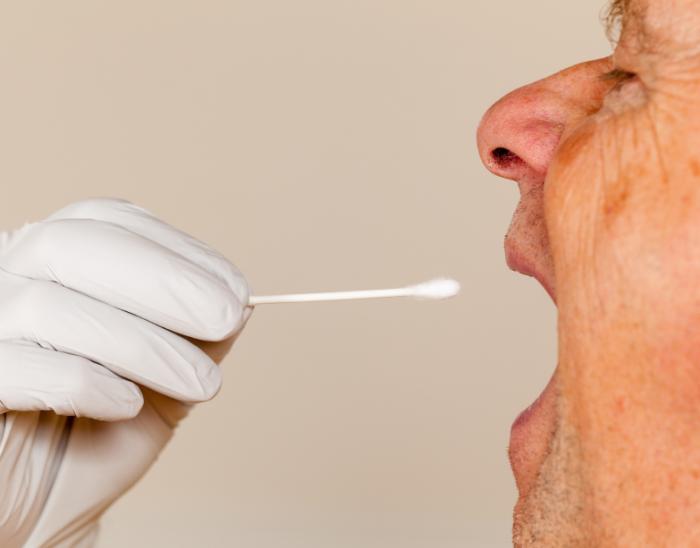 The news marks a milestone in over 10 years of research led by oral cancer and saliva diagnostics researcher Prof. David Wong, of the School of Dentistry at the University of California-Los Angeles (UCLA).

Prof. Wong and colleagues have been working on a method called “liquid biopsy” that detects circulating tumor DNA in bodily fluids such as saliva and blood.

Liquid biopsy holds the promise of rapid, less invasive identification of cancers and easier tracking of disease progress during treatment.

Prof. Wong described the prototype in a news briefing at the 2016 Annual Meeting of the American Association for the Advancement of Science (AAAS), which is taking place in Washington, DC.

The EFIRM device analyzes the contents of exosomes – tiny bags of molecules that cells release now and again. The device forces the exosomes to release their contents and carries out bio-recognition of the released biomolecules at the same time.

In a study published in 2013, Prof. Wong and colleagues described using EFIRM to show that saliva contains tumor-shed exosomes, which have previously been found in blood.

The approach has a high accuracy compared with current sequencing technology, says Prof. Wong, explaining that the trial in lung cancer patients is taking place in China this year. The study is a collaboration between UCLA and West China Hospital of Sichuan University.

Prof. Wong says the test takes only 10 minutes to give a result and could be done in the doctor’s office.

He sees it forming part of a set of diagnostic tools. For example, should a lung X-ray show a suspicious nodule, then the doctor could use the saliva test to rapidly find out if cancer is likely.

The test works by detecting genetic mutations in a protein called epidermal growth factor receptor (EGFR). The protein normally helps cells grow and divide, but some NSCLC cells have too much EGFR, which makes them grow faster. Drugs called EGFR inhibitors that block the protein could be ordered promptly by a clinician.

Prof. Wong and colleagues have also been looking at the possibility of a saliva test for detecting mutations linked to oropharyngeal cancers – cancers of the mouth and the back of the throat.

In the following video, published in March 2015, Prof. Wong talks about the emergence of saliva as the basis for a non-invasive test that could significantly speed up and ease the diagnosis of cancer:

Gypsyamber D’Souza, associate professor of epidemiology at the Johns Hopkins University Bloomberg School of Public Health, Baltimore, MD, was also at the news briefing with Prof. Wong. She says enthusiasm for the liquid biopsy must be tempered by the complexity of the cancer process and the potential usefulness of the technique for specific cancers.

Prof. Wong’s announcement follows a recent Medical News Today report about the development of a salivary gland test for early Parkinson’s disease. The test, which uses a biopsy of gland tissue, could provide an accurate and timely diagnosis of a disease for which there is currently no way to detect in its early stages.