Exosomes have emerged as important mediators of intercellular communication. Although their modes of action have been elucidated, the molecular mechanisms underlying their secretion, sorting of molecules, uptake into recipient cells, and biological distribution in vivo remain elusive.

Researchers from the Aichi Cancer Center Research Institute present a novel system for quantifying secreted exosomes by introducing ectopic or CRISPR/Cas9-mediated knock-in of luciferase-fusion exosome markers such as CD63. This luciferase-based method makes it possible to measure exosomes secreted into the culture medium with high linearity and wide dynamic range in a high-throughput manner. They demonstrate that data obtained by luminescent quantification are well correlated with data obtained by conventional nanoparticle tracking analysis under multiple conditions. In addition, this system is capable of evaluating the recipient cells or tissues that take up exosomes, as well as visualizing exosomes in vivo. The proposed system represents a powerful tool for understanding the molecular mechanisms underlying exosome production, uptake, and long-term distribution. 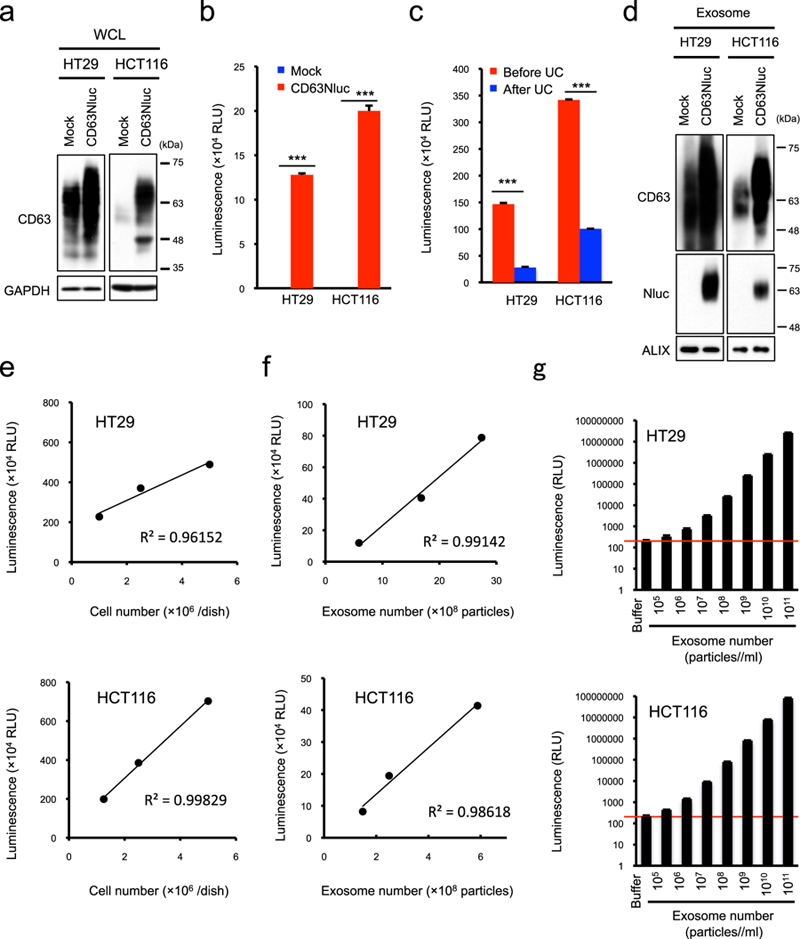