Small vesicles involved in MS seen to be affected by gilenya, suggesting potential as biomarker

Gilenya (fingolimod) influences the release and function of small membrane particles, called extracellular vesicles, that are involved in the development of multiple sclerosis — and these vesicles may serve a biomarker of treatment effectiveness in people with relapsing MS, researchers at the Biodonostia Health Research Institute report.

Extracellular vesicles (EVs) may also work as biomarkers for other disease-modifying MS treatments, they suggested.

The study, “The First Dose of Fingolimod Affects Circulating Extracellular Vesicles in Multiple Sclerosis Patients,” was published in the International Journal of Molecular Sciences.

Extracellular vesicles are small membrane particles that contain different types of molecules, such as proteins, lipids, and genetic material like small noncoding RNAs (sncRNA), which can be exchanged between cells. EVs can be released by different types of cells, and they are usually found in plasma or other types of body fluids.

Since their discovery, EVs are thought to be involved in cell-to-cell communication and in immune response modulation.

EVs have also been associated with the development of several diseases, including MS. Indeed, previous studies reported that EV plasma levels of EVs increase during relapses and return to normal during remissions in relapsing-remitting MS (RRMS) patients. In other forms of MS characterized by a lack of disease activity and inflammation, such as secondary progressive MS (SPMS), the levels of EVs are similar to those found in healthy individuals.

Based on these findings, scientists believe that EV levels in the peripheral blood of MS patients could reflect the inflammatory status of their condition and might be considered as biomarkers to monitor disease progression. 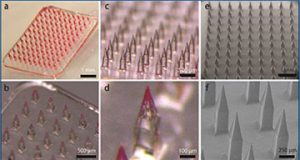 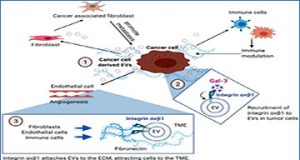