Idiopathic pulmonary fibrosis (IPF) is a progressive fibrosing interstitial lung disease of unknown aetiology which leads rapidly to death. As diagnosis of IPF is complex, we aimed to characterise microRNA (miRNA) content of exosomes from sputum of patients with IPF. Using miRNA quantitative PCR array, University of Liège researchers found a substantial dysregulation of sputum exosomal miRNA levels between patients with IPF and healthy subjects and identified a unique signature of three miRNAs. Interestingly, they found a negative correlation between miR-142-3p and diffusing capacity of the lungs for carbon monoxide/alveolar volume. This is the first characterisation of miRNA content of sputum-derived exosomes in IPF that identified promising biomarkers for diagnosis and disease severity. 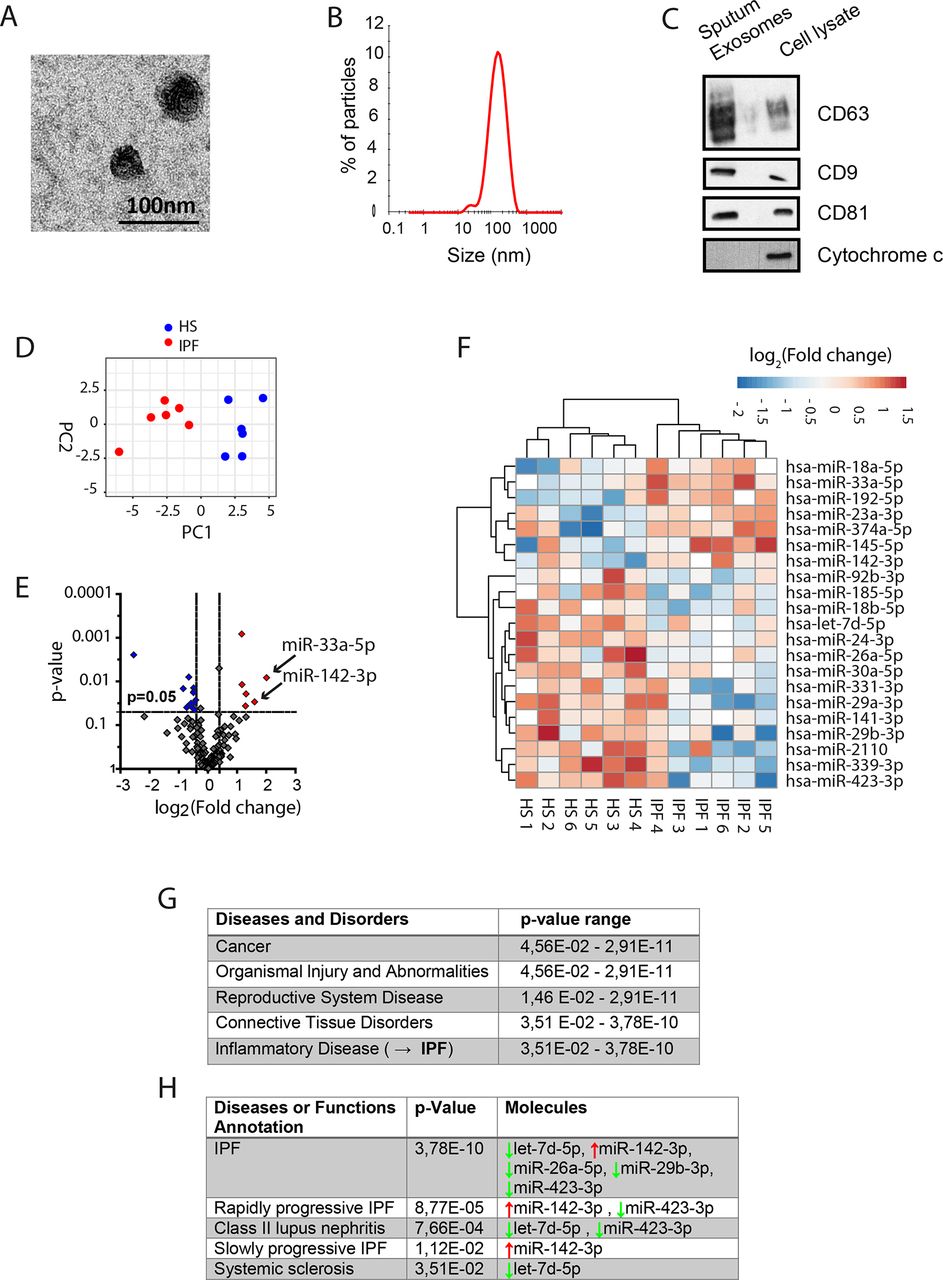