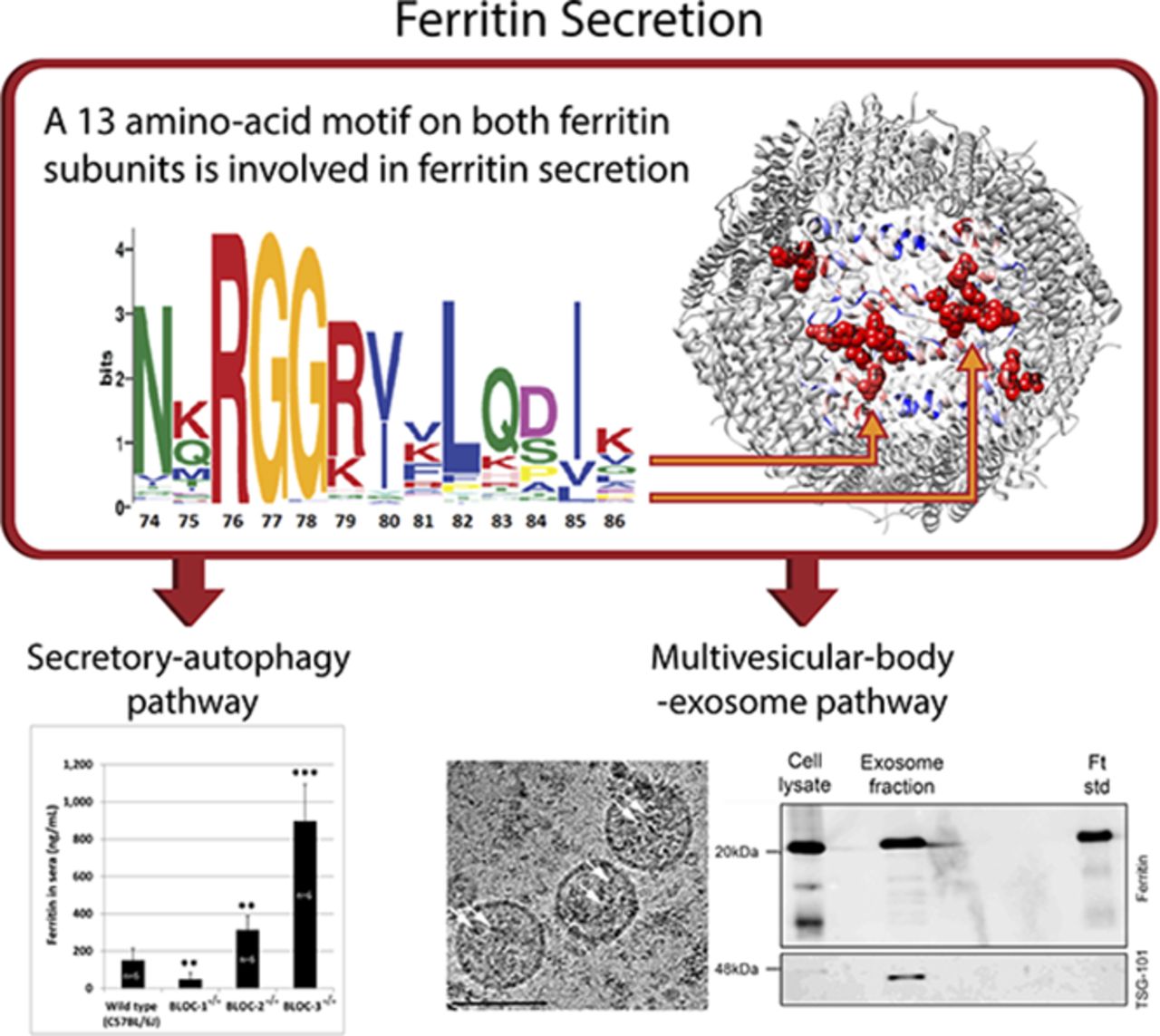 Iron is an essential component of life. It is responsible for transporting oxygen in red blood cells, for activation of enzymes involved in DNA production and for energy production in the cell. Iron deficiency impairs oxygen transfer throughout the body, cell division and energy production yet, excess, ‘free’ iron, i.e. iron that is not bound to any protein, may trigger oxidative stress that can be toxic to the organism. Therefore, both, iron deficiency or overload may lead to stress, which mediates inflammatory diseases, cancer and neurodegenerative diseases, such as Alzheimer’s and Parkinson’s disease.

The cover story of Blood Journal’s January 18 issue presents research conducted in the Technion Faculty of Biotechnology and Food Engineering that uncovers, for the first time, a mechanism for cellular transport and secretion of ferritin, a protein that was considered central mainly to iron storage in the human body. Led by Dr. Marianna Truman-Rosentsvit and Assistant Professor Esther Meyron-Holtz, the benchmark study significantly advances our understanding of the way the body handles iron, opening new horizons for research and therapeutics.

Ferritin is one of the central factors regulating cellular iron content and protecting the organism from iron toxicity. The article describes the distribution of this protein within cells and the mechanisms underlying its secretion from the cell.

“Ferritin is a protein essential to the body’s iron balance and there is a strong correlation between impaired iron and ferritin balance and a range of pathological and neuropathological processes,” says Assistant Professor Meyron-Holtz. “Thus, our discovery opens the door to a more accurate and comprehensive understanding of the characteristics of ferritin and molecular processes it undergoes, which is highly important. Such insights are bound to contribute to the development of therapies for the numerous neurodegenerative diseases, which are characterized by abnormal iron distribution in the brain.”

The Blood Journal study describes and explains the intracellular distribution in, and secretion of ferritin from macrophages, cells of the immune system that play a central role in the systemic iron cycle. The work involved bioinformatics tools to analyze the evolution of ferritin secretion, its three-dimensional shape and topologies that may be involved in its distribution.

“Using these computational tools let us predict sites on ferritin that play roles in its secretion. A variety of biochemical techniques, including the CRISPR-Cas9 technology, which enables rapid genome editing, revealed that manipulating these specific sites indeed affected ferritin-secretion” reported Assistant Professor Meyron-Holtz.

The article revealed two non-classical mechanisms central to ferritin secretion, of which one is associated with a tiny vesicle called the exosome. “Many research teams are currently studying the dynamics of substance transport in exosomes – a platform that enables these substances to penetrate the blood-brain barrier. Our current publication shows, for the first time, that ferritin containing thousands of iron atoms is present in extracellular exosomes” reported Dr. Truman-Rosentsvit. “It remains unclear what its role is, however, we assume that it is involved in intercellular iron distribution in tissues including the brain. Finding iron rich extracellular ferritin strongly implies that ferritin is not merely a vessel for secure and available storage of iron within the cell, but also a key player in tissue and systemic iron distribution.”

The findings of this study move ferritin to the center stage of systemic iron metabolism, as a protein that not only stores, but also transports iron in a controlled manner, giving it all attributes of an iron regulator.