in Commentary, Publications 29 days ago

A study by researchers at Baylor College of Medicine, the Jan and Dan Duncan Neurological Research Institute at Texas Children’s Hospital and collaborating institutions is the first to associate neuronal activity to the levels of sphingolipids, a type of fat, in brain cells. Furthermore, disruption of sphingolipid metabolism led to significant neuronal damage and neurodegeneration in animal models, revealing a new molecular perspective to the cause of Gaucher’s disease. Published in Science Advances, the work offers novel opportunities to develop therapies for this and other neurodegenerative disorders.

“Neurodegenerative disorders affect millions worldwide. Research on these conditions has largely focused on perturbations in protein metabolism. However, there is emerging evidence that disruptions in lipid metabolism – particularly those that perturb the synthesis or breakdown of sphingolipids – also contribute significantly to the progressive neuronal toxicity observed in neurodegeneration,” said corresponding author Dr. Hugo J. Bellen, distinguished service professor of molecular and human genetics at Baylor and investigator and chair in neurogenetics at the Jan and Dan Duncan Neurological Research Institute at Texas Children’s.

“This is a path-breaking study that has uncovered many previously unknown aspects of how sphingolipids are regulated,” Bellen said. “It has revealed a close relationship between glycosphingolipid metabolism and rare as well as common neurological conditions. Moreover, it offers valuable insights into the molecular cause of Gaucher disease that has opened possible avenues to develop potential therapies for this and several other neurodegenerative disorders, including Parkinson’s disease.”

The researchers observed that loss of Gba1b leads to a vast increase in lysosomes in the glia along with progressive accumulation of GlcCer in these cells and obvious signs of a glial demise followed by neurodegeneration. Moreover, they found a transmembrane transporter known as White promotes the transport of GlcCer to glial lysosomes. Their data suggest that while GlcCer accumulation is toxic in both cell types, the structure and function of glia are impacted first and this is followed by the functional loss of neurons.

TGF-β triggers GlcCer secretion in the form of exosomes (A) Growth factor TGF-β stimulates the release of NBD-GlcCer of labeled neurons. NBD-GlcCer–labeled neurons were incubated with five different conditional ACSF media as indicated for 30 min, respectively. (a to d) ACSF with 10% FBS promotes the complete release of NBD-GlcCer from labeled neurons. (a, b, and e to j) ACSF with TGF-β triggers the release of NBD-GlcCer from labeled neurons in a dosage-dependent manner. (B) Glial knockdown of dpp causes elevated GlcCer in the photoreceptor neurons and reduced GlcCer level in the pigment glia. Relative GlcCer intensity is quantified on the right. Error bars represent SEM (n = 11), *P < 0.05 and **P < 0.01. (C) NBD-GlcCer–labeled neurons were incubated with two conditional ACSF media: ACSF only and ACSF with 50 nM TGF-β for 1 hour. Immunoprecipitation (IP) of CD63-positive exosomes from two conditional ACSF media as indicated. FT, flow-through. ACSF with 50 nM TGF-β contains significantly more exosomes from NBD-GlcCer–labeled neurons compared with ACSF only. (D) Exosomes released from NBD-GlcCer–labeled neurons are enriched with GlcCer. A dot blot was performed to determine the levels of NBD-GlcCer in exosomes isolated from the two conditional ACSF media in (C). Hence, ACSF with 50 nM TGF-β contains many more exosomes, and these exosomes are enriched with NBD-GlcCer. (E) Working model. GlcCer is synthesized in neurons upon neuronal activity. It is then transported to glia via exosomes for lysosomal degradation by Gba1b. TGF-β/Dpp secreted from glia is sufficient to stimulate neuronal release of exosomes, which are enriched with GlcCer. white (ABCG) plays a major role in glia in the degradation of GlcCer and is associated with MVBs, and loss of both white and Gba1b synergizes and exacerbates the accumulation of GlcCer, suggesting that both participate independently in the degradation of GlcCer.

Together, these novel findings provide the first comprehensive demonstration of how neuronal activity and a cross-talk between neurons and glia regulate sphingolipid and ceramide metabolism to contribute to Gaucher’s disease.

“This has also implications for several other neurodegenerative conditions including lysosomal storage disorders and Parkinson’s disease,” Bellen said. “We are excited by the possibility of targeting pathways that regulate lipid metabolism that can result in more effective treatments for patients suffering from these conditions.” 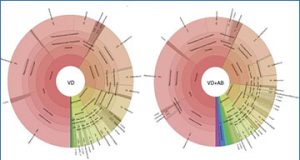 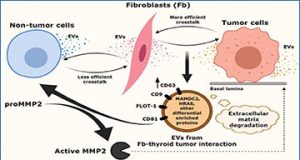 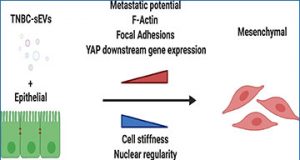 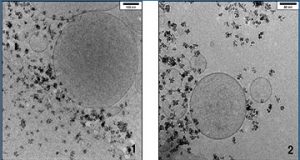 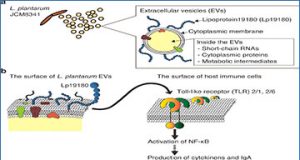