Spinal cord injury (SCI) is one of the most common devastating injuries, which causes permanent disabilities such as paralysis and loss of movement or sensation. The precise pathogenic mechanisms of the disease remain unclear, and, as of yet, there is no effective cure. Mesenchymal stem cells (MSCs) show promise as an effective therapy in the experimental models of SCI. MSCs secrete various factors that can modulate a hostile environment, which is called the paracrine effect. Among these paracrine molecules, exosome is considered to be the most valuable therapeutic factor. Thus, exosomes from MSCs (MSCs-exosomes) can be a potential candidate of therapeutic effects of stem cells. 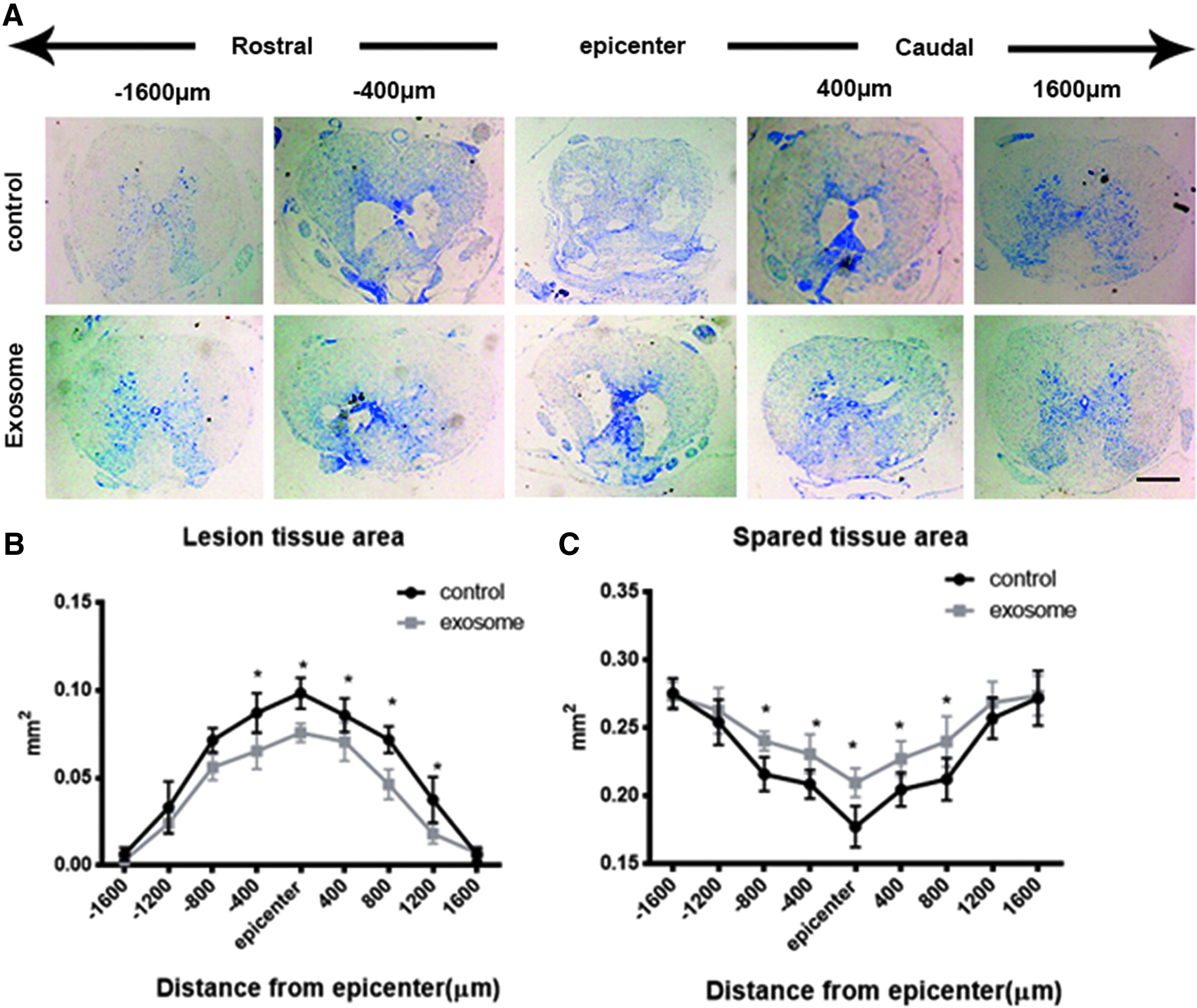