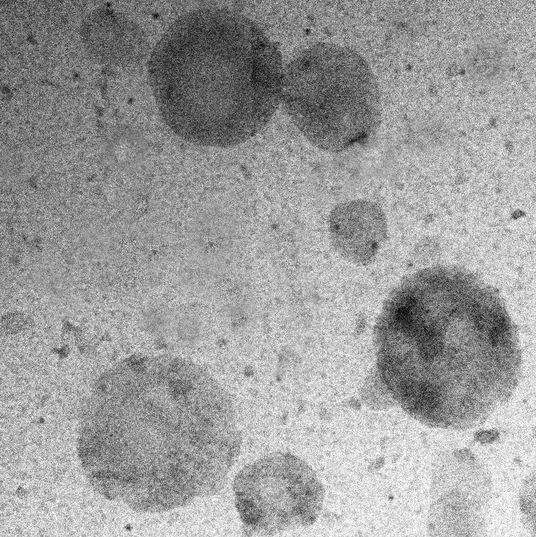 Tiny particles known as exosomes that are secreted from cells could help doctors detect kidney cancer at an early stage.

from Asahi Shimbun By Tsuyoshi Kawamura –

Surveys on a tiny amount of blood can evaluate the risk of kidney cancer and help lead to the early detection of tumors, a team of researchers said.

Tosoh Corp., a leading comprehensive chemical company, is looking to commercialize a diagnostic kit based on the technology developed by the scientists from the Japanese Foundation for Cancer Research in Tokyo’s Koto Ward and Osaka University.

No definitive tumor markers in blood and elsewhere in the body have been established to identify kidney tumors.

And 80 percent of kidney cancer cases are identified by chance through ultrasonography and other tests.

The new method is expected to help physicians find the difficult-to-detect cancer at an earlier stage.

Koji Ueda, a project leader at the foundation, and his colleagues studied a particle known as an exosome that is secreted from cells. The particle is tens of nanometers in diameter (one nanometer is one-billionth of a meter).

They analyzed 4,000 kinds of proteins in exosomes secreted from cancer cells of 20 kidney cancer patients.

These exosomes had more than 30 times the amount of the AZU1 protein than those secreted from healthy kidney cells.

In a survey of another group of patients, more than half of them had a high level of AZU1, while almost no AZU1 was detected from among healthy people.

The protein was also found in patients at an early stage of kidney cancer. The more the symptoms were advanced, the more the volume of AZU1, according to the scientists.

“The method of surveying exosomes can be applied to other types of cancer,” Ueda said. “I hope it will help develop techniques to identify pancreatic and lung tumors, as they often go undetected in their early stages.”

Around 25,000 people in Japan develop kidney cancer annually, and 9,000 patients die of the carcinoma. The five-year survival rate for early-stage patients is higher than 90 percent, but less than 20 percent of late-stage patients live for five years or longer.