Exosomes are defined as submicron (30-150 nm), lipid bilayer-enclosed extracellular vesicles (EVs), specifically generated by the late endosomal compartment through fusion of multivesicular bodies with the plasma membrane. Produced by almost all cells, exosomes were originally considered to represent just a mechanism for jettisoning unwanted cellular moieties. Although this may be a major function in most cells, evolution has recruited the endosomal membrane-sorting pathway to duties beyond mere garbage disposal, one of the most notable examples being its cooption by retroviruses for the generation of Trojan virions. It is, therefore, tempting to speculate that certain cell types have evolved an exosome subclass active in intracellular communication. We term this EV subclass “signalosomes” and define them as exosomes that are produced by the “signaling” cells upon specific physiological or environmental cues and harbor cargo capable of modulating the programming of recipient cells. Our recent studies have established that signalosomes released by mesenchymal stem/stromal cells (MSCs) represent the main vector of MSC immunomodulation and therapeutic action in animal models of lung disease. The efficacy of MSC-exosome treatments in a number of preclinical models of cardiovascular and pulmonary disease supports the promise of application of exosome-based therapeutics across a wide range of pathologies within the near future. However, the full realization of exosome therapeutic potential has been hampered by the absence of standardization in EV isolation, and procedures for purification of signalosomes from the main exosome population. This is mainly due to immature methodologies for exosome isolation and characterization and our incomplete understanding of the specific characteristics and molecular composition of signalosomes. In addition, difficulties in defining metrics for potency of exosome preparations and the challenges of industrial scale-up and good manufacturing practice compliance have complicated smooth and timely transition to clinical development. Researchers from Boston Children’s Hospital provide some empirical guidance and perspectives on the challenges in bringing exosome-based therapies to clinic. 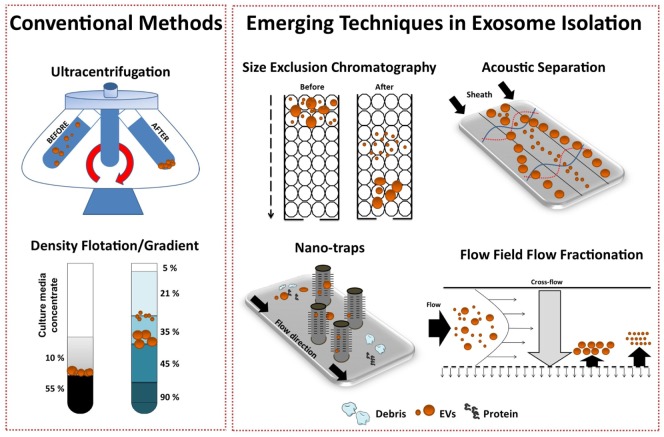