Diabetic nephropathy (DN) is a microangiopathic complication of diabetes mellitus (DM) affecting one-third of diabetic patients. The large variability in the clinical presentation of renal involvement in patients with DM makes kidney biopsy a prerequisite for a correct diagnosis. However, renal biopsy is an invasive procedure associated with risk of major complications. Numerous studies aimed to identify a noninvasive biomarker of DN but, so far, none of these is considered to be sufficiently specific and sensitive. Water channel aquaporins (AQPs), expressed at the plasma membrane of epithelial tubular cells, are often dysregulated during DN.

In this work, researchers from the University of Bari, Italy analyzed the urine excretion of AQP5 and AQP2 (uAQP5 and uAQP2), via exosomes, in 35 diabetic patients: 12 normoalbuminuric with normal renal function (DM), 11 with proteinuric nondiabetic nephropathy (NDN), and 12 with histological diagnosis and classification of DN. ELISA and WB analysis independently showed that uAQP5 was significantly increased in DN patients. Interestingly, linear regression analysis showed a positive correlation between uAQP5 and the histological class of DN. The same analysis, focusing on uAQP2, showed comparable results. Taken together, these data suggest a possible use of AQP5 and AQP2 as novel noninvasive biomarkers to help in classifying the clinical stage of DN. 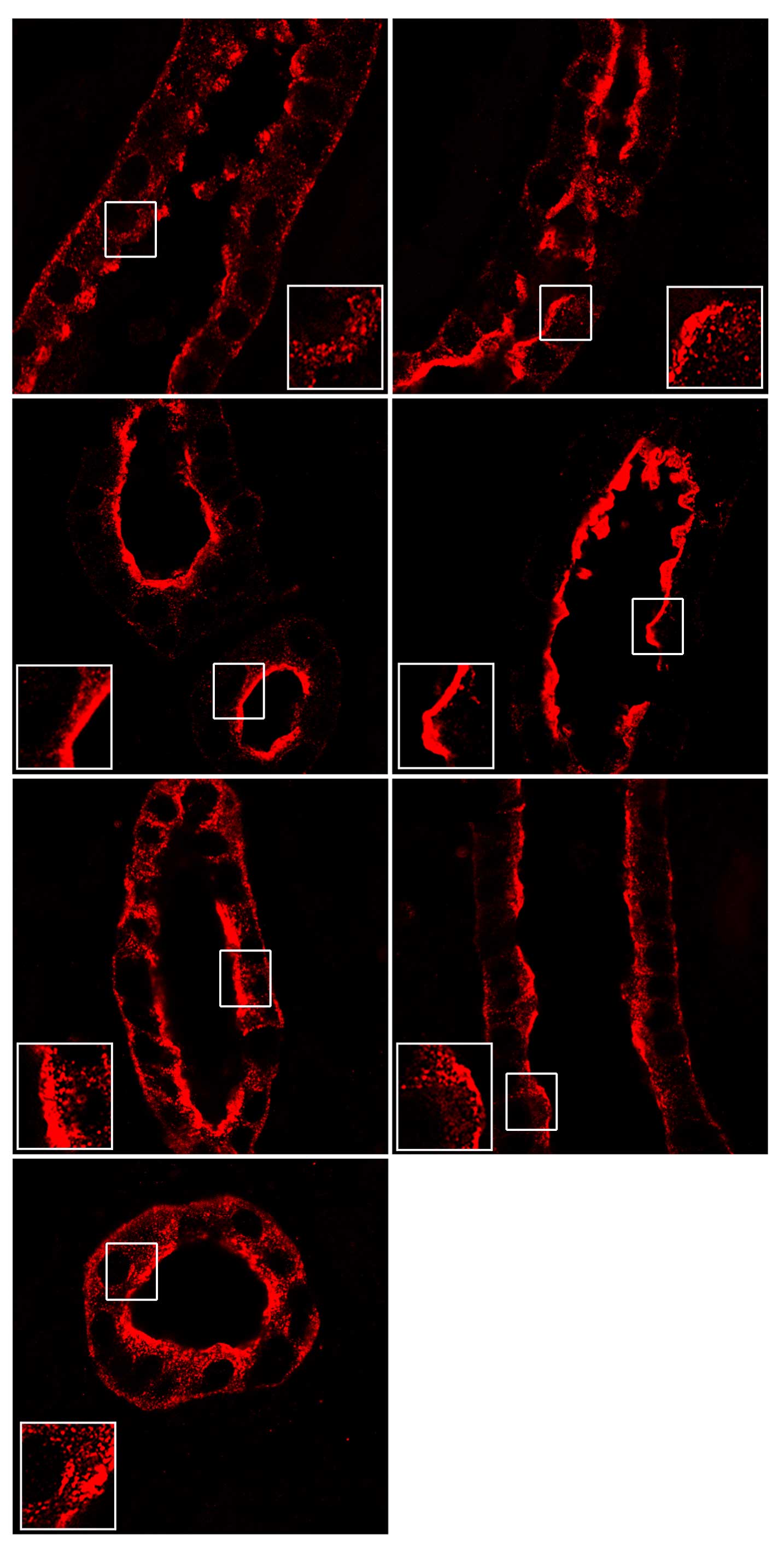 Human kidney biopsies from control kidney (CTR), DN, and NDN patients were subjected to immunofluorescence analysis of AQP2 subcellular localization. AQP2 immunostaining, shown in red, was visualized in the apical confocal plan. Confocal pictures are representative of AQP2 staining in the cortical collecting duct of normal kidney (CTR), kidneys of patients with class II (DN II), class III (DN III), and class IV (DN IV) DN, and kidneys of NDN patients. is a patient with membranous nephropathy and angiosclerosis, is a patient with chronic interstitial nephritis, and is a patient with endocapillary/extracapillary glomerulonephritis. Similar results were obtained in three patients per each group.