Beginning on July 1, the Program for Extracellular Vesicle Research got an upgrade and became one of the nine official centers and institutes associated with the School of Medicine Basic Sciences. The Center for Extracellular Vesicle Research will be led by Professor of Cell and Developmental Biology Alissa Weaver, who holds the Cornelius Vanderbilt Chair and also led the center’s previous incarnation as a program.

EVs, as their name implies, are tiny vesicles that are released from cells into the extracellular space. The term encompasses diverse types of vesicles, including exosomes and microvesicles, that are actively released from cells and carry biologically active protein, lipid, and nucleic acid cargoes.

Although EVs were discovered a few decades ago, their role in normal and disease physiology was underappreciated. As they were initially described as “cellular garbage” – a means of selectively disposing of unwanted material from cells – researchers overlooked their importance for many years. The discovery in the late 2000s that EVs carry and transmit RNA between cells rekindled interest in the field, which has grown exponentially since then.

The center follows a very successful “pilot” as a program, and seeks to continue the program’s mission of enhancing cutting-edge EV research at Vanderbilt. Despite sitting within the Basic Sciences, the center welcomes researchers from across the university, enabling collaborations between labs in Basic Sciences, the School of Medicine, the School of Engineering, the College of Arts and Sciences, and Vanderbilt University Medical Center.

Faculty members have already published together and written grant proposals for shared projects, but Weaver hopes to foster additional collaborative large grants across the center.

“An early success is a National Science Foundation grant focused on therapeutic extracellular vesicles. That project came about because of the Program in EV Research,” said Weaver, referencing a project led by Professor of Chemical and Biomolecular Engineering Jamey Young that also includes departmental colleagues Associate Professor John Wilson and Assistant Professor Ethan Lippman, and Weaver herself. “That brought in new faculty to the program and a new focus on therapeutic EVs that we didn’t have before.”

Program faculty and trainees can tap center funds that can be applied to travel or toward the use of a core facility to further a particular research project. They also have access to key equipment used for purifying and analyzing EVs. Formalizing the program as an institutional center will allow Weaver to access additional funds that can be used to pilot new EV research projects or to purchase more sophisticated equipment to glean a more nuanced view into EV biology.

Weaver also hopes to continue and even expand the center’s current offerings to include a larger portfolio of workshops, seminars, and retreats. Following a successful first (virtual) retreat, the center will hold its first in-person retreat this coming October at the Scarritt Bennett Center.

Even before becoming a center, the Vanderbilt Program for EV Research drew nationwide attention as a model to follow at other institutions. Although other places have EV seminar series, host city-wide data clubs, or provide core-type services, no other place brings together the entire community like Vanderbilt’s Center for EV Research.

“There’s nothing really quite like this yet,” Weaver said. 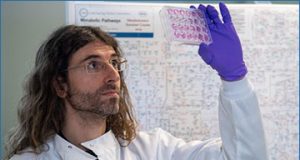 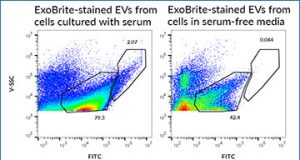