University of Iowa researchers summarize current understanding of the similarities and differences of extracellular vesicles, which henceforth they refer to as exosomes, and the enveloped retrovirus, HIV-1. The researchers focus on the presence of these particles in semen, as these are of particular importance during HIV-1 sexual transmission. While there is overlap in the terminology and physical qualities between HIV-1 virions and exosomes, these two types of intercellular vehicles may differ depending on the bio-fluid source. Recent data have demonstrated that exosomes from human semen serve as regulators of HIV-1 infection that may contribute to the remarkably low risk of infection per sexual exposure. 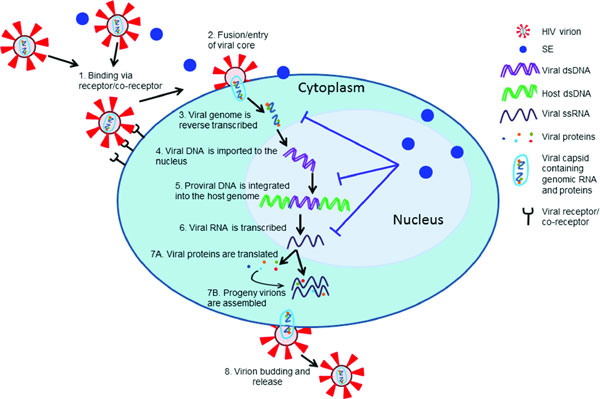