Plant-RNA in extracellular vesicles – the secret of cross-kingdom communication

The release of extracellular vesicles (EVs) is a common language, used by living organisms from different kingdoms as a means of communication between them. Extracellular vesicles are lipoproteic particles that contain many biomolecules, such as proteins, nucleic acids, and lipids. The primary role of EVs is to convey information to the recipient cells, affecting their function. Plant-derived extracellular vesicles (PDEVs) can be isolated from several plant species, and the study of their biological properties is becoming an essential starting point to study cross-kingdom communication, especially between plants and mammalians. Furthermore, the presence of microRNAs (miRNAs) in PDEVs represents an interesting aspect for understanding how PDEVs can target the mammalian genes involved in pathological conditions such as cancer, inflammation, and oxidative stress. Researchers from the Università degli Studi di Palermo discuss the history of PDEVs, from their discovery, to purification from various matrices, and on the functional role of PDEV-RNAs in cross-kingdom interactions. It is worth noting that miRNAs packaged in PDEVs can be key modulators of human gene expression, representing potential therapeutic agents. 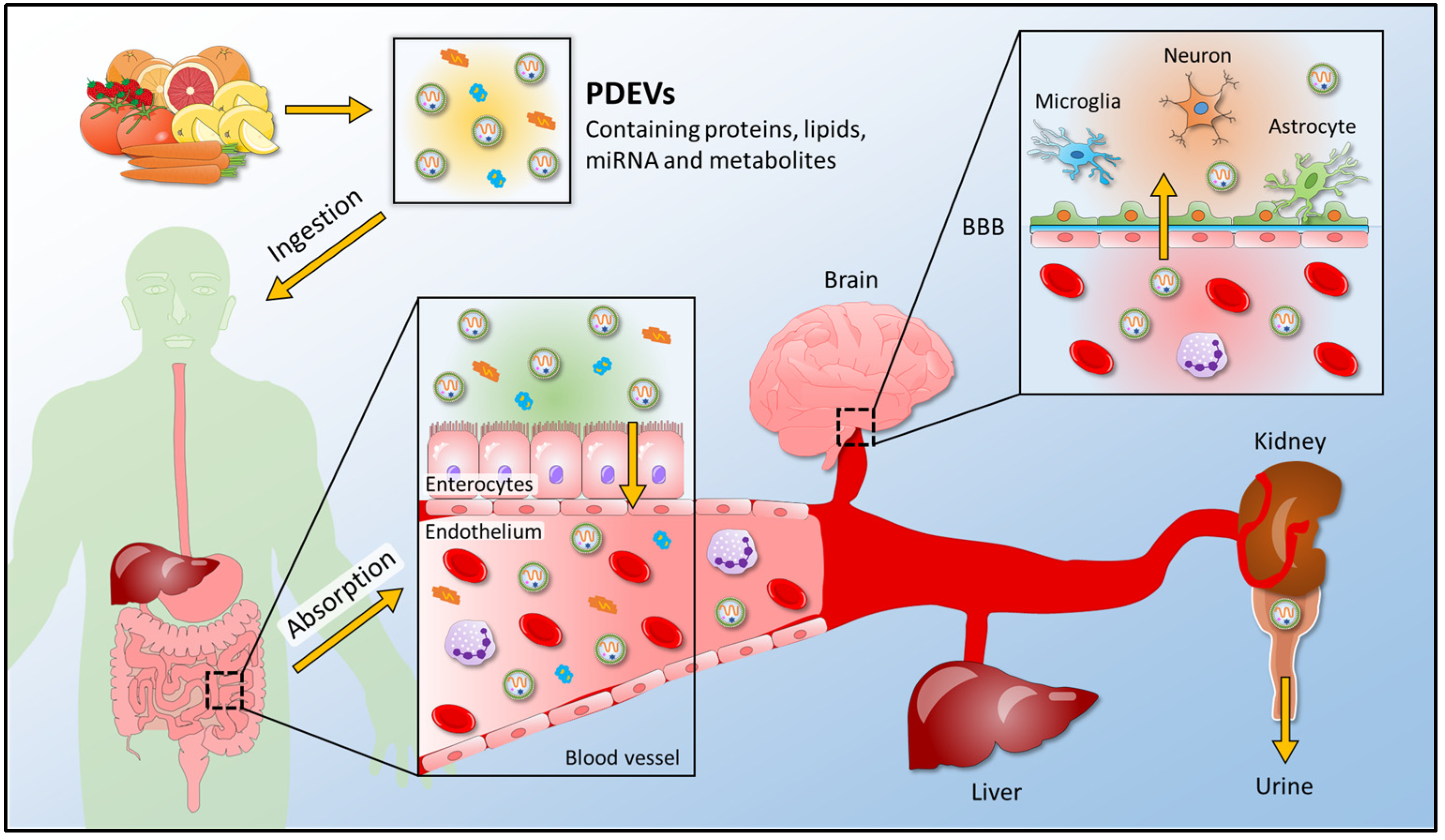 PDEVs containing proteins, lipids, miRNA, and metabolites enter the human body after edible plant ingestion. In the gastrointestinal tract, where food is digested, PDEVs are absorbed and enter the bloodstream; thus, reaching the final recipient organs, such as the brain, liver, and kidney. PDEVs release their content in target organs and exert their biological properties. They can cross the BBB and reach the cells of the central nervous system, or they can be found in the urine of plant-eating humans. PDEVs, plant-derived extracellular vesicles; BBB, blood-brain barrier. 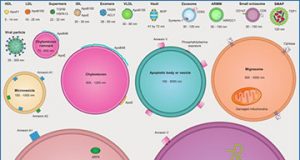