NEW YORK (GenomeWeb) — A team of scientists from the University of Illinois, Chicago and elsewhere reported that by performing deep sequencing they have uncovered 20 miRNAs with potential use as biomarkers for Alzheimer’s disease.

Alzheimer’s is a chronic, progressive, and increasingly prevalent neurodegenerative disorder that has a long asymptomatic latency period. In a study published on Thursday in Plos One, the researchers noted that many investigators are searching for biomarkers that can detect the disease and monitor its course, particularly in the presymptomatic and early stages of the illness. The goal of their study was to test whether isolated circulating exosomes could be a “clean” and informative tissue source to obtain a look at possible RNA biomarkers for the disease.

In their study, they measured miRNA expression in a plasma fraction enriched in exosomes by differential centrifugation by using Illumina deep sequencing. They looked at a total of 70 samples, 35 from men and women (ages 50-75) diagnosed with Alzheimer’s-based dementia and 35 from healthy men and women from the same age groups as controls. Tissue samples were prepared using western blot procedures.

The samples’ exosomal enrichment was done by obtaining 4 ml of frozen P3 plasma and adding a cocktail of protease and RNase inhibitors. Then, the enriched mixture was purified using a series of centrifuge cycles. The RNA was isolated from these enriched samples by adding Trizol and spike-in synthetic RNA. Then Glycoblue and isopropanol were added to the aqueous phase and incubated overnight. A little less than half of the samples were characterized by manual RT-qPCR to ensure yield and quality. 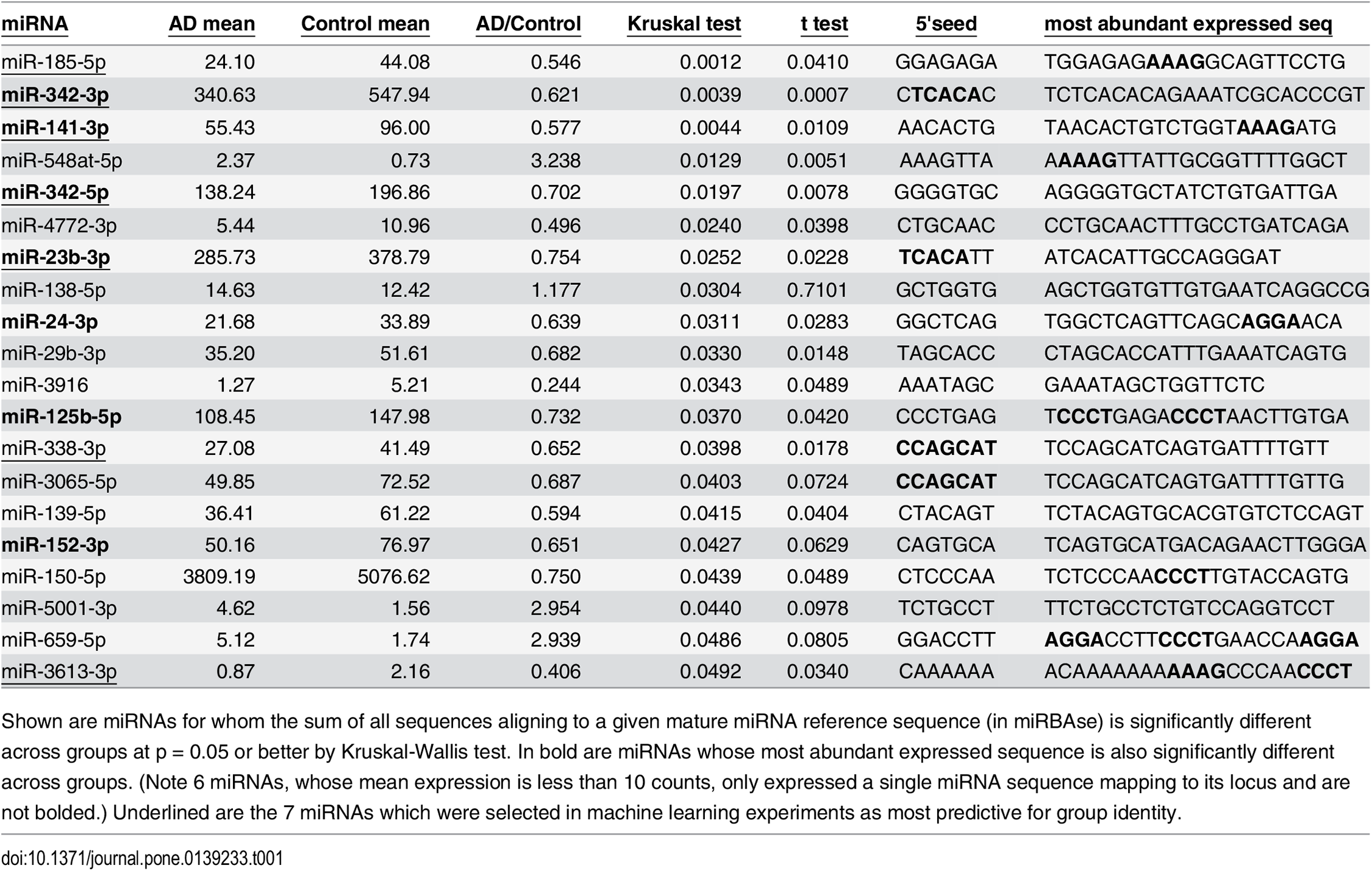