A total of 169 urinary exosome proteins were identified by nano-UPLC-MS/MS. Forty-six proteins showed increased expression in STA patients, while 17 proteins were increased in TCMR patients. Among them, the researchers selected five proteins as candidate biomarkers for early diagnosis of TCMR according to significance, degree of quantity variance, and information from the ExoCarta database. They confirmed the proteomic expression levels of five candidate biomarkers by western blot analysis in each patient. Of all candidate biomarkers, tetraspanin-1 and hemopexin were significantly higher in TCMR patients (STA:TCMR ratio = 1:1.8, P = 0.009, and 1:3.5, P = 0.046, respectively).

Protein-protein interaction networks of tetraspanin-1 (a) and hemopexin (b) 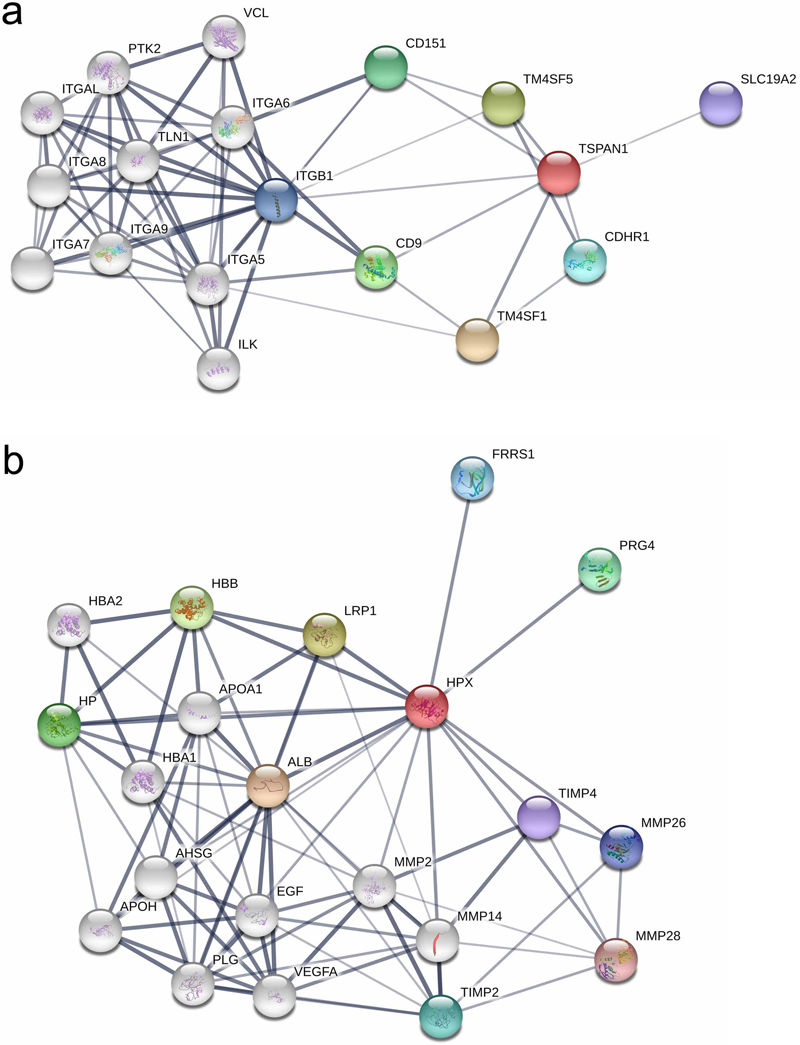