Tumour-derived exosomes (TEX) are a subset of extracellular vesicles (EVs) present in body fluids of patients with cancer. The role of this exosome subset in melanoma progression has been of interest ever since ex vivo studies of exosomes produced by melanoma cell lines were shown to suppress anti-melanoma immune responses. To study the impact of melanoma-derived exosomes (MTEX) present in patients’ plasma on melanoma progression, isolation of MTEX from total plasma exosomes is necessary.

Researchers at the University of Pittsburgh School of Medicine have developed an immunoaffinity-based method for MTEX capture from plasma of melanoma patients. Using mAb 763.74 specific for the CSPG4 epitope uniquely expressed on melanoma cells, the researchers separated MTEX from non-tumour cell-derived exosomes and evaluated the protein cargo of both fractions by quantitative flow cytometry. Melanoma-associated antigens were carried by MTEX but were not detectable in exosomes produced by normal cells. Separation of plasma-derived MTEX from non-MTEX provides an opportunity for future evaluation of MTEX as potential biomarkers of melanoma progression and as surrogates of melanoma in tumour liquid biopsy studies. 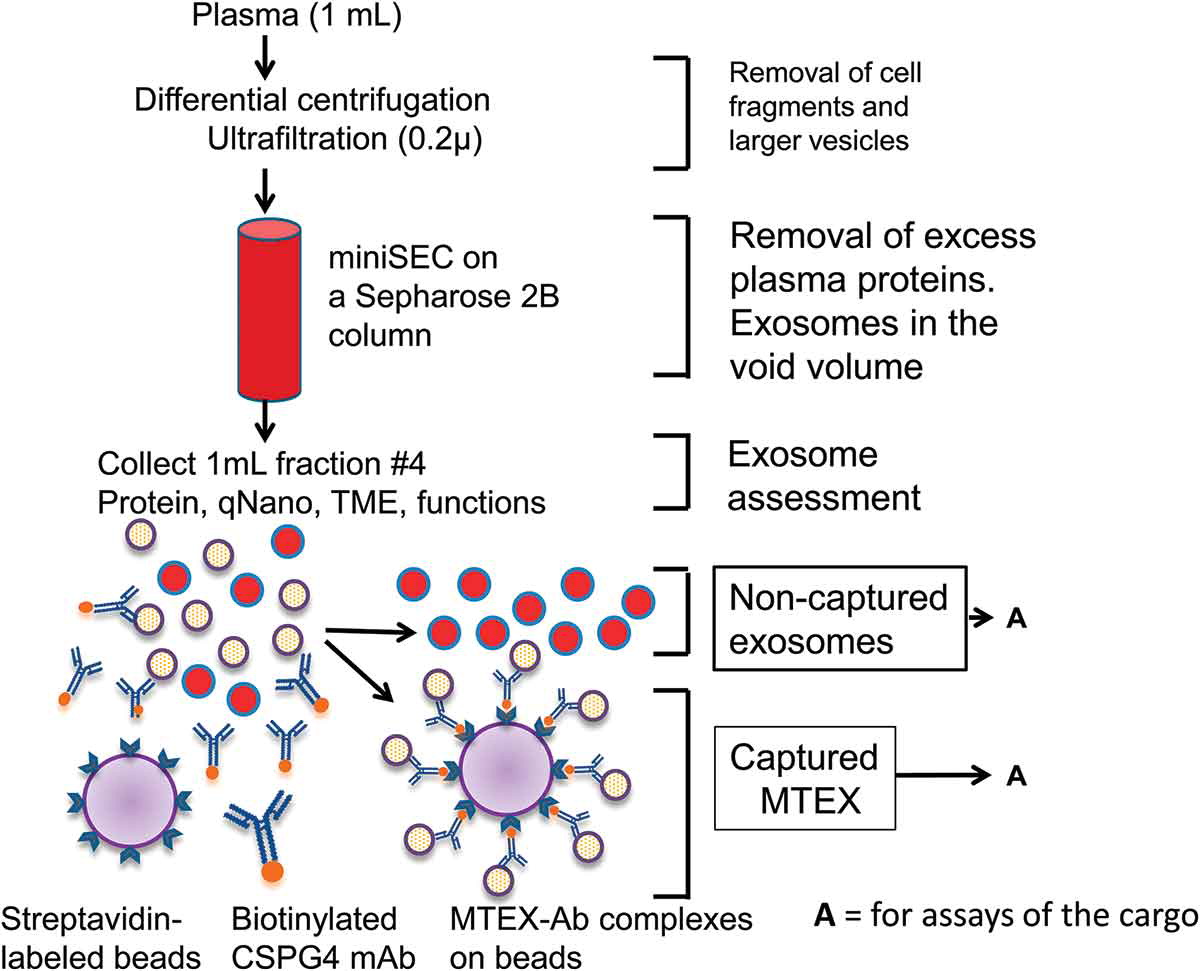 The recovered exosomes are partly “purified” by removal of protein/high density lipoproteins (HDL) complexes on the miniSEC column. MTEX are co-incubated with biotinylated, pre-tittered anti-CSPG4 Ab and are captured on streptavidin-coated magnetic beads, and the bead-bound MTEX-Ab complexes are recovered using a magnet and non-captured exosomes in the supernatant are recovered. Both fractions are available for analysis (A), although free-floating non-tumour-derived exosomes have to be re-captured on beads for subsequent profiling by flow cytometry.