MicroRNAs (miRNAs), particularly those found in human body fluids, have been suggested as potential biomarkers. Among various body fluids, the cerebrospinal fluid (CSF) shows promise as a profiling target for diagnosis and monitoring of neurological diseases. However, relevant genome-scale studies are limited and no studies have profiled exosomal miRNAs in CSF.

Researchers from the Tokyo Medical and Dental University conducted a next-generation sequencing-based genome-wide survey of small RNAs in the exosomal and non-exosomal (supernatant) fractions of healthy human CSF as well as serum in each donor. They observed miRNA enrichment in the exosomal fractions relative to the supernatant fractions of both CSF and serum. They also observed substantial differences in exosomal miRNA profiles between CSF and serum. Half of the reported brain miRNAs were found in CSF exosomal fractions. In particular, miR-1911-5p, specifically expressed in brain tissue, was detected in CSF but not in serum, as confirmed by digital PCR in three additional donors. These data suggest that the brain is a major source of CSF exosomal miRNAs. The researchers provide the important evidence that exosomal miRNAs in CSF may reflect brain pathophysiology. 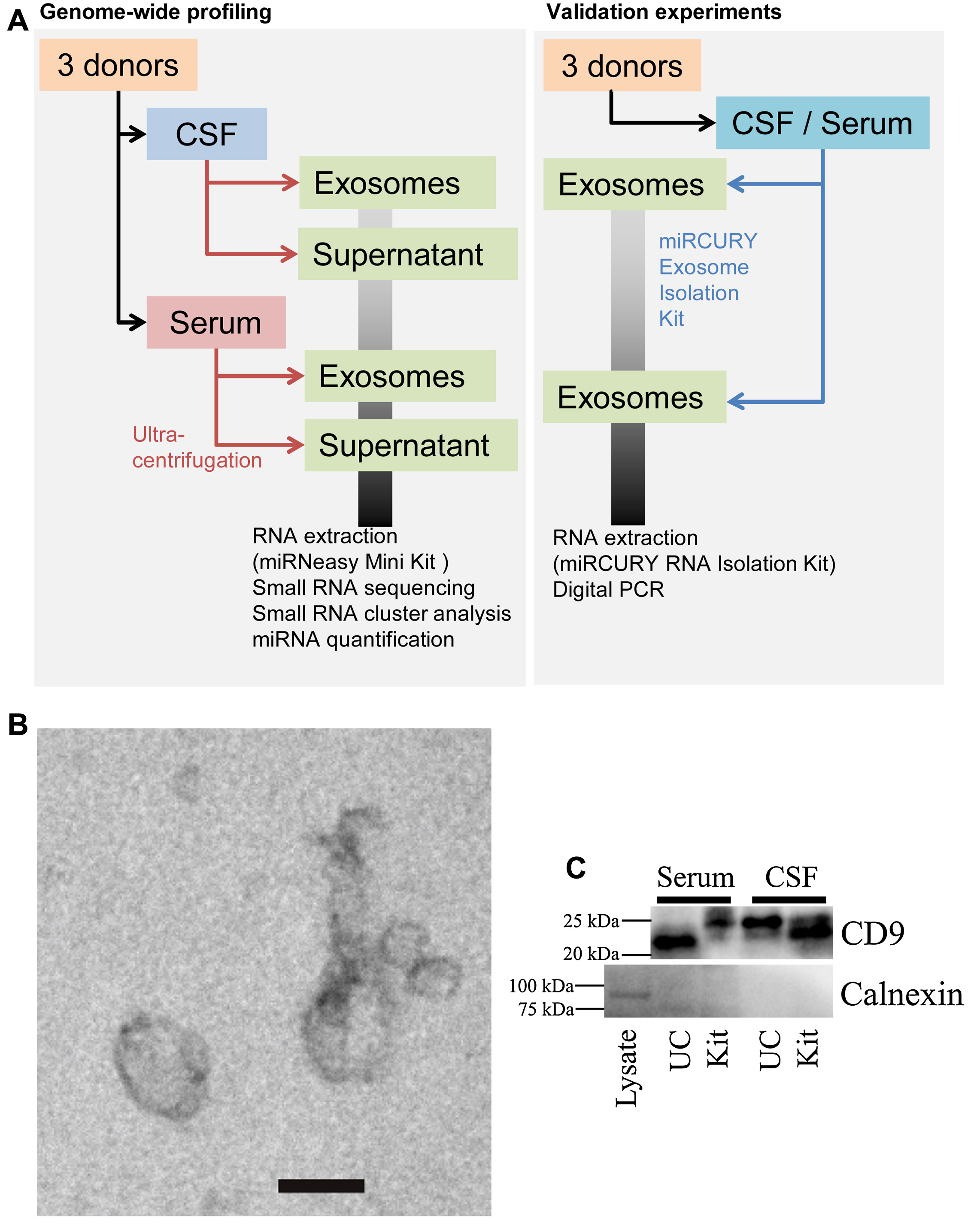 (A) Schematic flowchart of the analysis. miRNA, microRNA; CSF, cerebrospinal fluid. (B) Electron microscopy of the exosomal fraction derived from cerebrospinal fluid obtained using ultracentrifugation. Scale bar = 100 nm. (C) Western blot of isolated exosomes. The existence of exosomes was confirmed with the positivity of CD9.